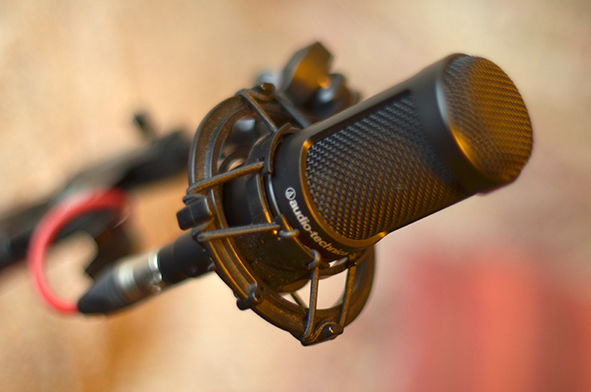 Technicals On The Audio Technica AT2035

The microphone was able to handle high SPL levels as well when it came to recording drums. While in the affordable price range, it does give a bang for its buck with its sound quality and appealing to many new studio owners and even to the seasoned intermediate.

What We Slightly Hate About It

A great microphone at that budget, it did indeed come with a few flaws. Compared to the RODE NT1-A, there was slightly a higher noise floor with the AT2035. That was probably because we found the AT2035 needed to be cranked a little higher. It wasn’t as sensitive compared to its little brother, the AT2020. A little flaw, but it didn’t stop us from liking the microphone and using it for recording projects.

Do you own the Audio Technica AT2035? Tell us about your experience.