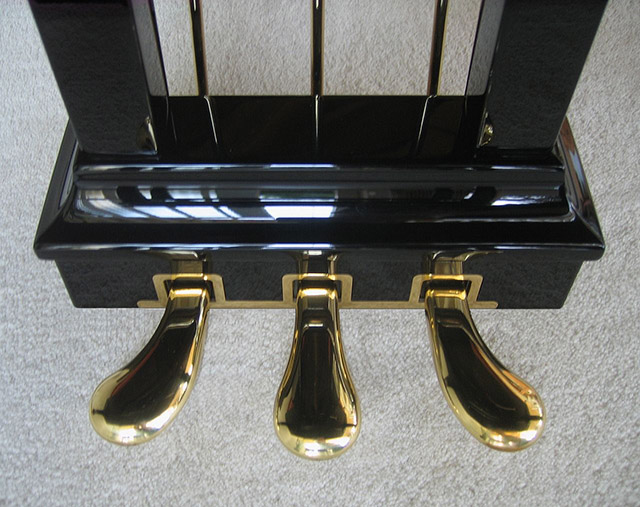 Will Just Any Sustain Pedal Work with my Keyboard?

I recently got a question from one of my subscriber on YouTube. He asked what sustain pedal I was using with the Samson Carbon 49. Well, he was afraid to purchase a ‘wrong’ sustain pedal to work with his keyboard.

So would any sustain pedal just work?

The answer is yes.

What is a Sustain Pedal for?

A sustain pedal is also known as a damper pedal. Sustain pedals initially existed on acoustic pianos, whereby when you press them the dampers in the piano lifts, allowing the piano strings to continue resonating – thus giving you a sustain-ed sound. Pianist normally use the sustain pedal to smooth-en their playing.

Fast forward to today, a sustain pedal is an important addition to the modern computer based recording rig. Not only to sustain piano notes, we sometimes also use it to sustain strings and other instruments.

How Does A Sustain Pedal Work?

I’ve explained how it works in the acoustic piano but how do the electronic sustain pedal work? It’s quite simple really. If you were to open up a sustain pedal and take a look at its wirings, you’ll understand. Basically when you press on a keyboard sustain pedal, it sends a signal to the keyboard or the midi controller to on or off the sustain. So its basically a on or off switch with a medal depressor (or sometimes plastic) for your feet to press.

So Does It Matter Which Sustain Pedal I Buy?

In the end any sustain pedal would work with your keyboard. Just remember that a reliable sustain pedal should have a polarity switch and good feel. Other than that, get your first sustain pedal and make better music!

p.s. In the video on Youtube, I was using the M-Audio SP2 sustain pedal unit