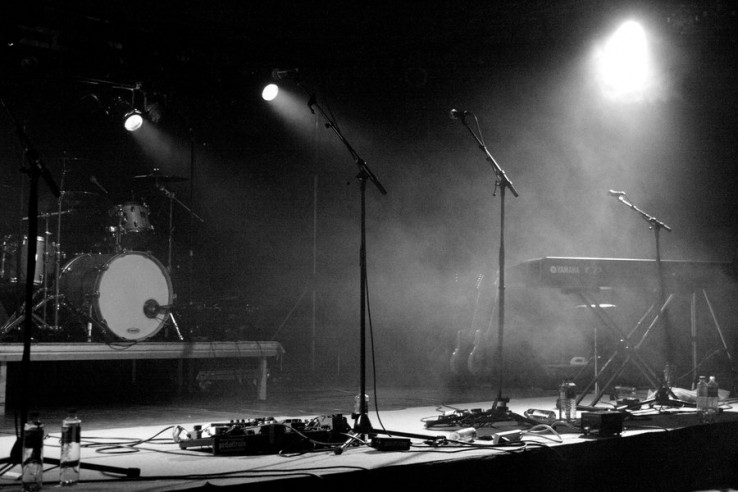 5 Tips To Help You Soundcheck

Playing a show anywhere at any time can be a nerve-wrecking experience especially if its a big crowd or a venue you’re not familiar with. Any number of things could go wrong and no one wants that to happen, but is there a way to minimise the risks? Having a good soundcheck session before the show is a surefire way to decrease your chances of messing up big time. “Soundcheck-ing” is in essence a dress rehearsal to make sure everything looks and sounds great so you do well in your performance and is crucial to making sure you cover all your bases.

1. Arrive on time. Any musician who’s played enough shows will tell you never to piss off your sound guy. He’s the guy at the console who controls everything from how everything is EQ-ed to how loud of soft your instruments or vocals are. You do not want to  leave a bad impression on this guy or even annoy him because with a flick of his finger he could ruin your show. So arrive on time, do what you need to do, let him do his job, thank him and leave.

4. Have a friend off stage. Apart from the sound guy, it is always good to have a friend that has seen you or your band perform on multiple occasions and is familiar with the way you want to sound that can tell you if you if you don’t sound the way you should. This also makes communicating with your sound guy easier as being on stage can sometimes make telling if you sound good difficult. If you have a friend off stage they can easily approach you and tell you they can’t hear what your vocalist is singing or that the drummer is drowning everyone out, at which point you can tell the the sound guy so he knows that’s not what you want or make his assessment to better help you. Having this friend off stage during the show will also help you in making last minute adjustments.

5. Keep things consistent. As I said earlier your sound guy will be adjusting their sound console during a show based solely on your soundcheck then tweaking later only when necessary. Last minute ideas should be approached with caution as they can make or break or show. In some cases if someone is suddenly playing or singing too loud a well placed booster pedal can make all the difference for a guitar solo. Knowing when to use or not to use such tactics will depend a fair bit on what your friend off stage has to say, otherwise you also have the option of just trusting your gut, but you do so at your own risk. Make sure you practice enough so performing consistently does not become an issue during a show or during sound check as this helps everyone do their job better.

In essence, shows are always unpredictable but  it helps to work hard, know your stuff and think ahead. I hope these tips help you the next time you have a show!