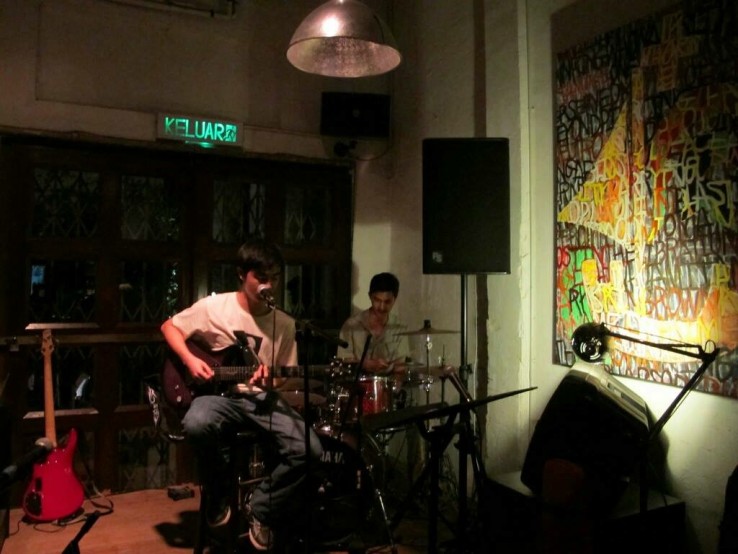 Getting Started : Writing Your First Song

So you’ve decided to try your hand at song writing eh? Are you the emotional teen trying to make sense of what they’re feeling or the smitten lover scribbling ballads of eternal love? Maybe  you’re the jaded 20-something that’s found a cause you want to fight for, either way you’ve decide to embark on an artistic journey of creation. Songwriting is a complicated art that isn’t the same for everyone. It’s a bit like walking, from a distance sometimes it looks like we’re all the same things but the truth is everyone walks slightly differently, some more so than others, some pivot more at a certain angle or limp slightly due to an old injury or habit. In any case here are a few tips to help you on your way when writing your first few songs!

1. Don’t over think it. This is not the last song you will ever write in your life. Take it seriously but don’t over think it and write with the end in mind. As a songwriter you may be tempted to make changes as you go, and theres nothing wrong with that but remember to listen to your gut and move on when it’s time to as well. Some songs will never grow pass a certain stage and that’s just how it is and that’s okay, there will be other songs.

2. Make sure you’re familiar enough with your instrument. You don’t have to play an instrument to write songs, but it sure helps! Nothing is more frustrating then having a melody or progression stuck in your head but being unable to write or play it out. It’s okay if you’re not as good as you need to be at your instrument,but keep at it and you’ll get there eventually. This is where knowing an instrument and music theory helps you on your song writing journey. Knowing which chords work in the key of C major or knowing which chords can help give a certain feel to a song can hasten the speed at which you write and minimise your frustration when writing a song.

3. Take your time! Don’t rush it. Some songs need a little bit of discipline to finish, some will die halfway and whatever you write after a certain point will never sound quite right. Either way once you’re onto something work with that and if you run out of creative juices after your first chorus it’s okay. Just remember to come back to it when you’re ready.

4. You’re not alone. Too many times I’ve struggled to make a song sound just right when turns out all i needed to do is show it to a few friends and bandmates of mine and let them fill in the blanks. Sometimes all you need is that little puzzle piece that is lurking in someone else’s head and that’s okay. It’s okay to ask for help and it’s okay to co-write a song with someone if you find you’re having trouble finishing it. It happens all the time and in this day an age and song ideas can be conveyed in seconds it happens all the time. Search up information regarding your favourite songs and you’ll find very few of them were written by one person. Co-writing is a fundamental part of what music is and how it came to be.

5. Record it down. It doesn’t have to be recorded in a studio. You can record it in on your phone as an mp3 clip but make sure it’s recorded in case you forget what the song you wrote sounds like (it’s more common a problem than you’d think) and write down the lyrics and chords in a songbook or journal. Having some type of documentation to remind you what your songs sound like will be something you’re very grateful for in days, weeks and even years to come. It also serves as a reminder in years to come to show you how far to come.

6. You have a voice that’s your own. Try as you may you will never sound exactly like your favourite song writer and you shouldn’t. You have your own voice and you should appreciate it for what it is — one of a kind.  You might one day learn how to sound like your favourite song writer or learn how to mimic a style of writing very well but never forsake your own musical identity. The beautiful thing about creating and writing is that we all have our own artistic identity and voice. This artistic identity shows people as well as ourselves who we are and what we’ve been through, and those are things we should never forget.

So that’s it for a few tips on starting your journey as a songwriter or just writer in general. Have fun and feel free to leave me questions or tips for fellow peeps!