In recent years K-pop has become more than just pop music from South Korea. Since 2015 there has been at least one K-pop song that got stuck for weeks in our heads as well as in top positions of Billboard chart. Thanks to such names as BTS and EXO, K-pop is now a global phenomenon that is blowing everyone away.

A quick search on Google Trends shows the growth of K-pop influence in America:

And like you, a lot of people wonder what makes K-pop so unique?

Besides the entertainment value, which is what the typical audience receives from K-pop groups and artists – another secret ingredient to K-pop lies in its complexity.

If you take a in-depth look at how Korean entertainment agencies work, the structure of each song, the technique of each performance – it’s no surprise that K-pop consists of many compound elements that together make $5 billion industry.

Unlike many western producers who wear all hats from a composer, songwriter to producer, something you may find is even on a song-creating level, no K-pop song has been made by a single person. Rather, it is a hard collaborative work of several lyricists, songwriters, and composers.

For example, the hugely successful Girls’ Generation song “I Got a Boy” that was released in 2013 and since then has been praised by Time and Rolling Stone’s, is credited to thirty-six songwriters and fifteen producers from all over the world.

The practice of working together with foreign producers to bring a new sound to K-pop is not that uncommon, and most of the top-rated songs were created jointly with famous overseas producers like Will.I.Am and Warren G, to name a few.

However, even though it might look like all the producers’ spots are reserved for world-famous producers and Grammy award winners only, this is not entirely true. Many Korean agencies are looking for fresh sounds together with western expertise and openly collaborate with producers of various backgrounds. For example, a famous Korean music producer, Shinsadong Tiger, in one of his recent interviews, shared his thoughts on the importance of collaboration in the K-pop industry.

Entering the K-pop industry as a music producer

From the outside, it most likely looks like entering the K-pop industry is almost impossible without direct contact with one of the Korean labels. Still, Korean agencies usually work through foreign publishing companies that do the job to connect them with the right producers. This lets the producers collect a wide selection of demo samples to choose from.

Even though western agencies cover a significant amount of intermediary work, the entire process of working with a western producer might take up to several months or even years due to the language aspect. Since the majority of western music producers do not speak Korean, Korean agencies need to adjust the lyrics, and that itself is painstaking work.

Therefore, the understanding of how to write a song that would be compatible with the Korean language will be an absolute advantage when working with Korean music producers. While this, most likely, can be gained only through direct experience, some of the producers share advice online.

For example, the UK music producer AZODi often uploads videos with his thoughts on mistakes to avoid, and the process of writing k-pop.

Another way Korean music producers find partners abroad is through hosting camps. When K-pop was just beginning to spread its influence to the world, this method was only available to big labels like SM Entertainment.

These days this practice is open to more and more agencies of various sizes. Some camps even combine K-pop and J-pop to allow music producers to practice songwriting in both genres—for example, annual K-pop and J-pop songwriting camp hosted by Soundgraphics and Palma Music Studios in Sweden. 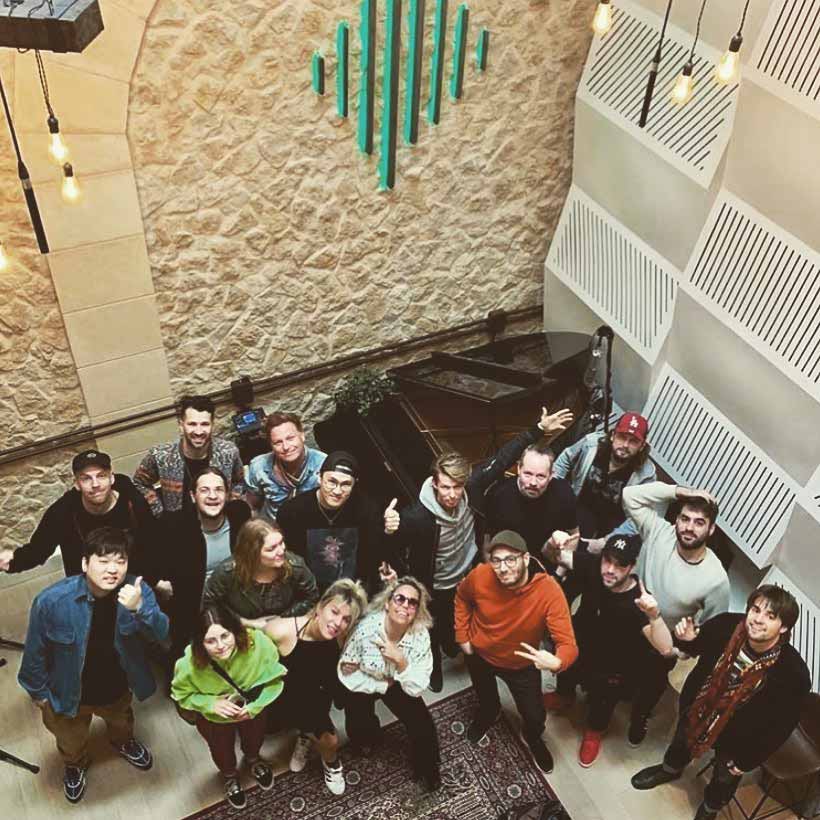 Participating in songwriting camps not only gets you to be more comfortable, but you get your foot into the industry by meeting other professionals and aspiring music producers in the industry as well.

These days, it’s easier than ever for collaboration to happen – and ultimately for you to enter the exciting and lucrative K-pop industry.

For one, you could leverage on a music collaboration platform, K-tune which is focused solely on K-pop and is built to allow producers around the world to collaborate with Korean producers. 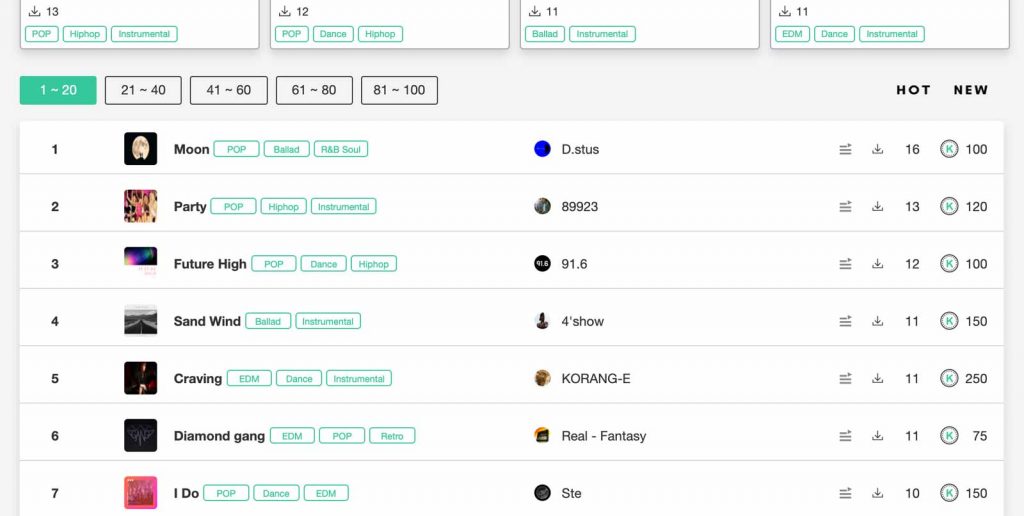 The K-Tune Platform. You can sign up for free and sell your music.

This solves the earlier problems we mentioned, such as language and geographical boundaries. In just a few clicks, you will be able to find partners in the K-pop industry and make contributions to potential future hit songs.

With the help of K-tune, Korean producers create online camps where global producers like you can pitch your ideas. Out of these ideas, the producers then pick the winners and collaborate further on creating a new song. And if you’re wondering, K-tune is curated by top Korean producers, topliners, lyricists, and audio engineers. For example, the head track master, Glory Face, is renowned for his work with Brown Eyed Girls, Twice, GOT7, and Suzy.

With the emerging K-pop online camps, K-pop songwriting events, and other opportunities, it is getting easier to collaborate with Korean music producers and take a step into the industry. It is certainly good to know that even though K-pop, by definition, is Korean music, it is yet open to the idea of working with global producers, new sounds, and cultural mix.

What we know, is it safe to say that K-pop will continue evolving through collaborations with foreign producers – and you can expect a few catchy hit songs in future inspired by different cultures and people from around the world.