How to Restore Your Yellowed Plastic Keyboard Keys

In 2016, I made a career shift from being a full-time music producer to spending more time on digital marketing. Despite that, I still produce music. It’s just that I usually work outside the studio these days.

Unlike the recording studio, my home office desk had sunlight coming through the window. While that made me more productive, over time, the keys on my MIDI controller keyboard (a Novation Launchkey 49) which was sitting near the window started turning yellow.

At first, I thought the keys were simply dirty and required some cleaning. But after wiping it with all sorts of home cleaning agents – detergents, bleach, baking soda – trust me, I tried it all, the keys stubbornly remained yellow.

Why do plastic keyboards become yellowish?

I eventually found out that the yellowing of the plastic keys was because of bromine – a flame retardant usually found in old ABS plastic. Upon long exposure to UV light, the bromine particles in the plastic within started destabilizing, thus appearing yellowish.

The good news is newer plastic compositions have improved, so this yellowing usually happens on older keyboards and devices. Still, I don’t think the Novation Launchkey 49 is exactly a retro product, so I guess it depends on the type of plastic.

Although not perfect, thankfully, there is a way to restore your yellowed plastic keyboard keys. All you need is hydrogen peroxide cream, UV light, and a bit of patience.

The method to restore yellowed plastic was first discovered by a German retrocomputing forum, where they created a chemical mixture, called Retr0bright – which is mainly made up of hydrogen peroxide.

A few disclaimers, however:

The effectiveness of this method is questionable. Some people have found that the yellowing re-appears. There are also claims that doing the process will further weaken the plastic.

In my case, the yellowing of my keyboard keys did come back after a few months. However, it wasn’t as yellowishly bad as it was the first time.

So, restore your yellowed keyboard at your own risk. I had a lot of fun restoring my keyboard. To me, it was a fun and encouraging experience, especially when you see the end results. And I think I wouldn’t feel too bad if I actually did damage my MIDI controller, as it was already quite old.

You can watch my entire restoring process in the video below:

What you will need.

Except for the hydrogen peroxide cream, you should have most of the items you need at home. And you definitely don’t have to spend anymore than USD10 to restore your yellowed plastic keys.

Let’s go through the items in more detail.

The original Retr0bright recipe prescribed having a 10% hydrogen peroxide solution. Some people, in fact, bought a few liters of the chemical and submerge the yellowed plastic. However, that would only be expensive. Really, all you need to do is to make sure the hydrogen peroxide chemical stays on the plastic. A 40 volume developer, which is used for hair bleaching makes the perfect compound as it comes in a creamy texture. 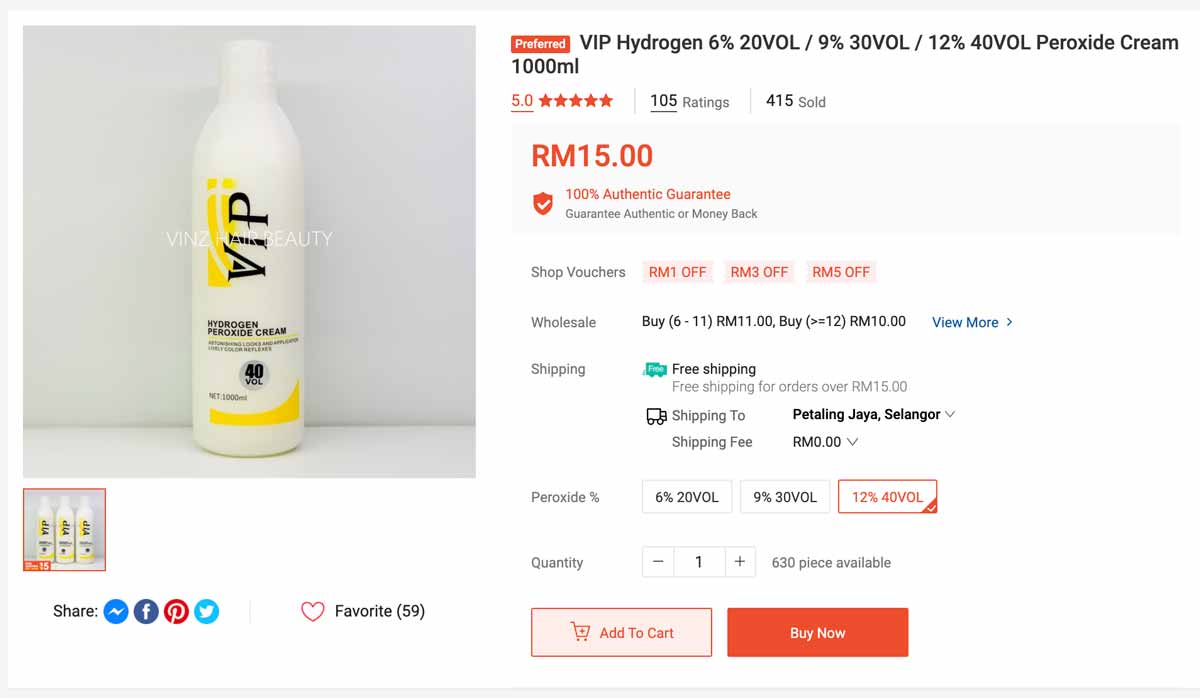 I bought a 12% hydrogen peroxide cream bottle for RM15 (USD3.5), from an online marketplace locally. I didn’t buy or use a UV light during this process, so other than the cream, the other items you need should be fairly easy to come by.

Got everything ready? Let me walk you through how to restore your yellowed plastic back to white. 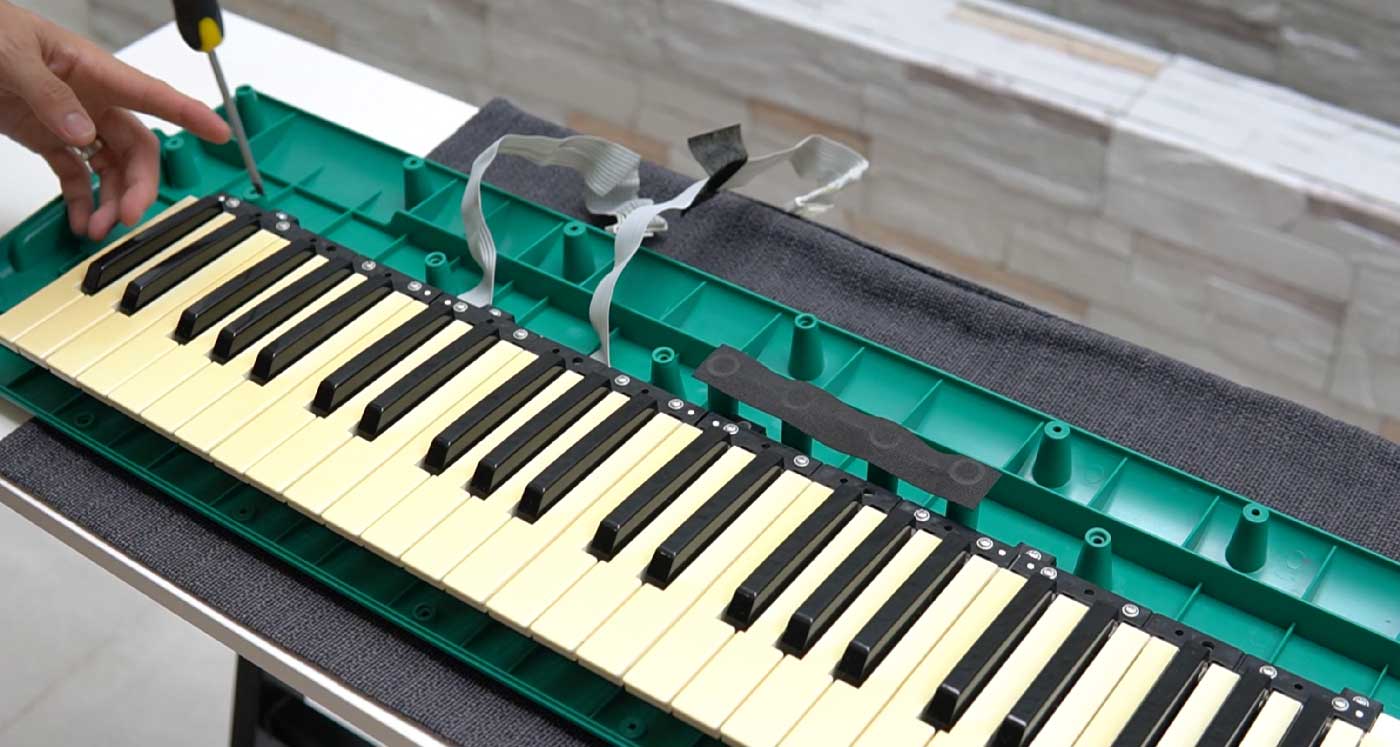 To be honest, when I started, I thought of simply applying the cream on the keys and leaving the entire keyboard under the sun – hoping it’ll save me time and the hassle of opening up the keyboard.

However, it would be messy. Not to mention potentially damaging the circuitry, it’s best to disassemble your keyboard and only apply the cream to the yellowed plastic parts.

Depending on your keyboard, the process of taking it apart might be different. Unless you are really careful, I would suggest looking for a teardown video of your keyboard on YouTube before attempting to open it up.

In my case, the case and keys on the Novation Launchkey 49 were simply held down by a number of screws. All I did was remove the screws, carefully detach a few ribbon cables, and the keys came off easily. The black keys don’t need bleaching, so I just set them aside. 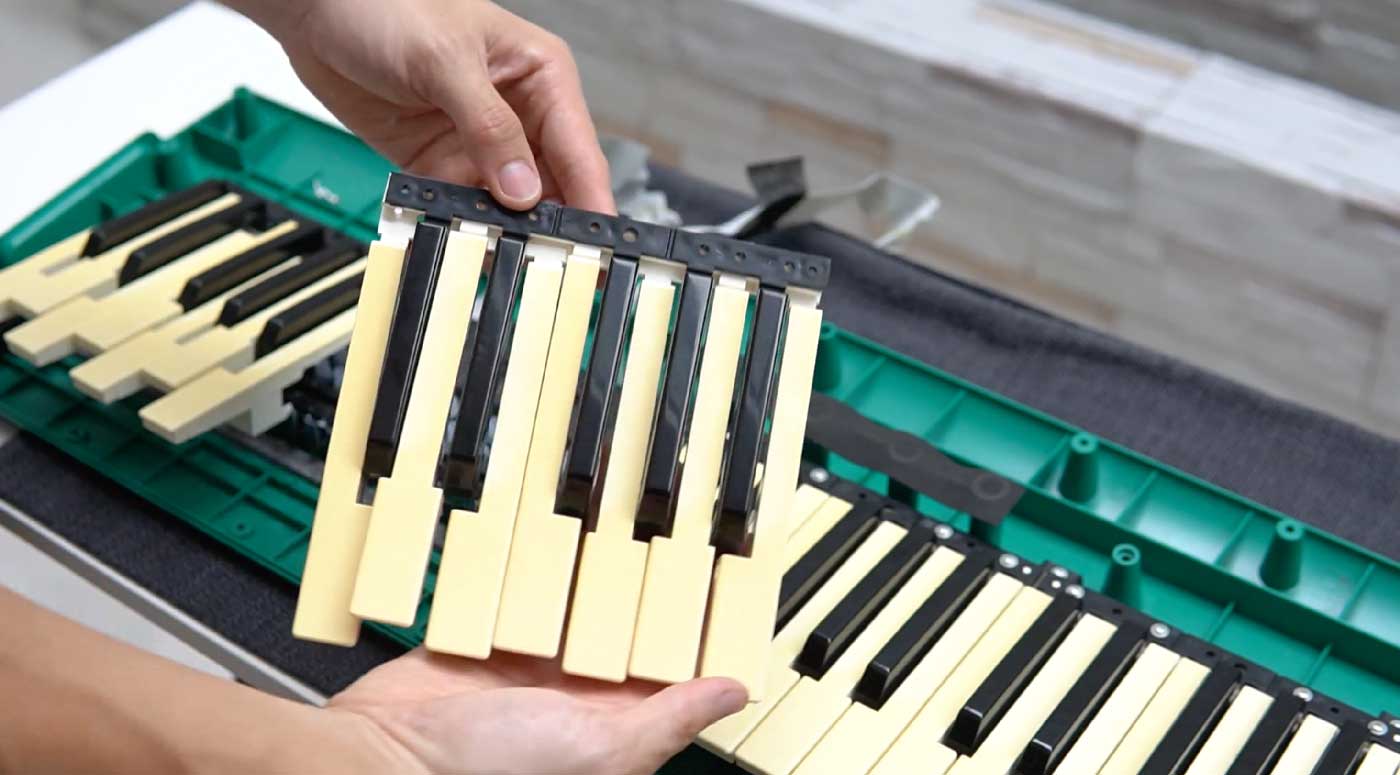 When removing screws and parts, make sure to collect the screws in a container and take pictures of the removal process, so you can reverse the disassembly process later on.

Lay the keys flat on a table or a surface, directly under the sun. Yes, ironically, while the UV rays are the culprit to making the keys turn yellow, we’re using UV to turn the keys back white again.

Make sure to place the keys at an angle where all of them will receive the same amount of sunlight, to avoid streaking. I recommend doing this in the morning, on a sunny day, so you would have enough time (around 6-8 hours at least) for the UV light to react with the plastic. 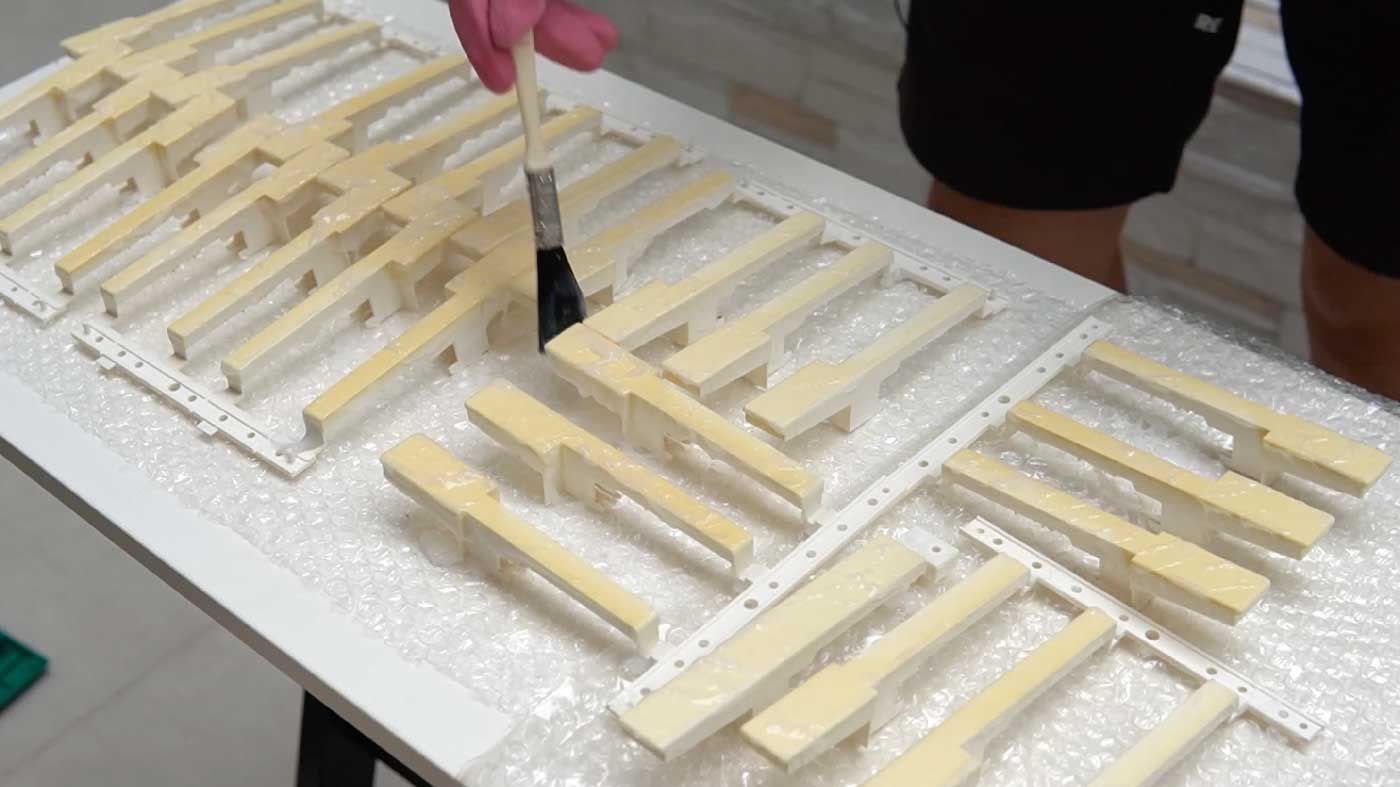 Using a brush, apply a generous amount of hydrogen peroxide cream to the keys. Make sure to cover every part of the keys.

Once done, cover the keys with a layer of plastic (I used some unwanted bubble wrap plastic). The reason we do this is mainly to ensure the hydrogen peroxide cream doesn’t dry out as we leave it under the sun. 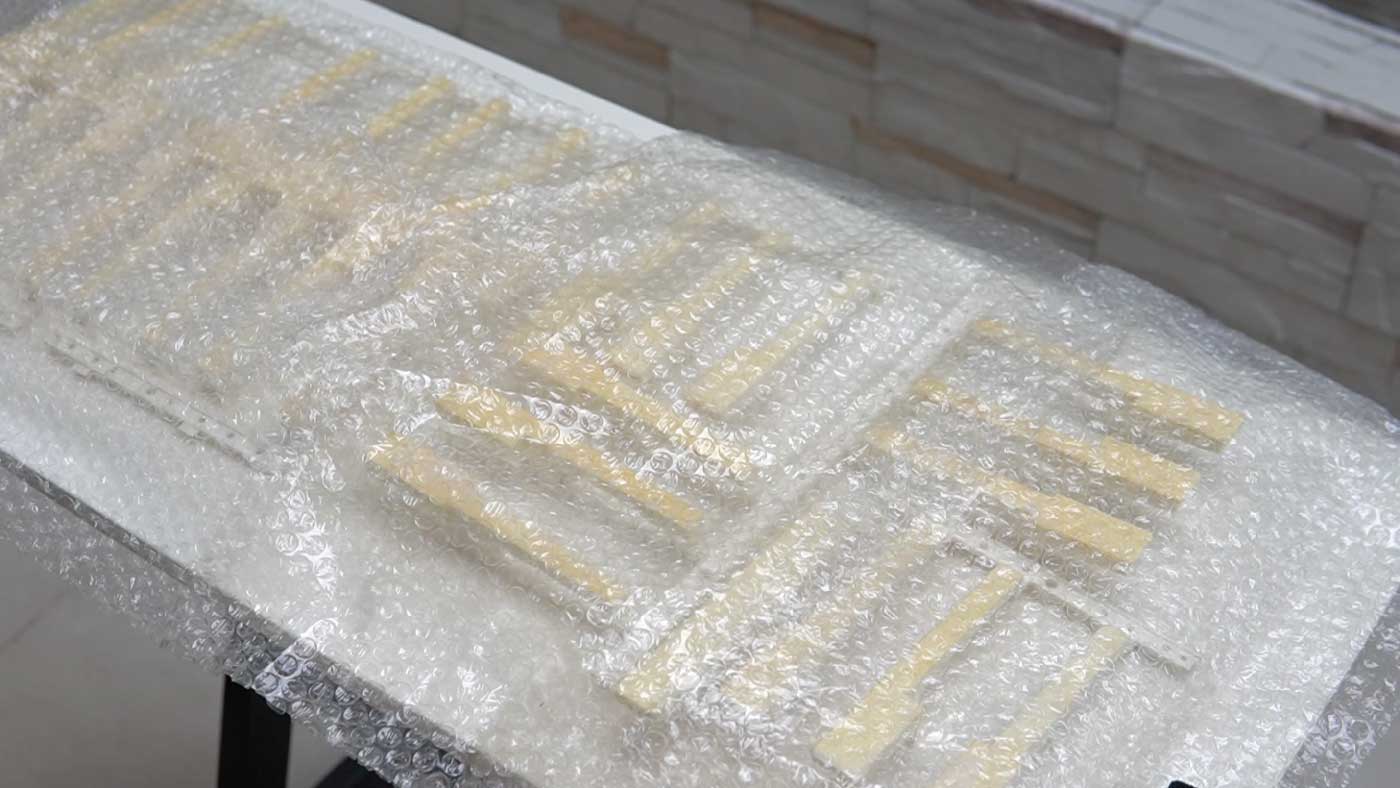 Once you’ve applied the cream and covered the keys with a plastic sheet, just leave it exposed to UV light for the magic to work.

In my case, I did this indoors, under a skylight roof at home, so I left it for longer than 8 hours. In fact, I left it overnight for a total of around 24 hours, so it continued to receive some morning sun the next day.

Throughout the day, slightly adjust the keys to the direction of the sunlight to make sure each part of the keys is evenly exposed.

4 – Clean the keys and reassemble the keyboard. 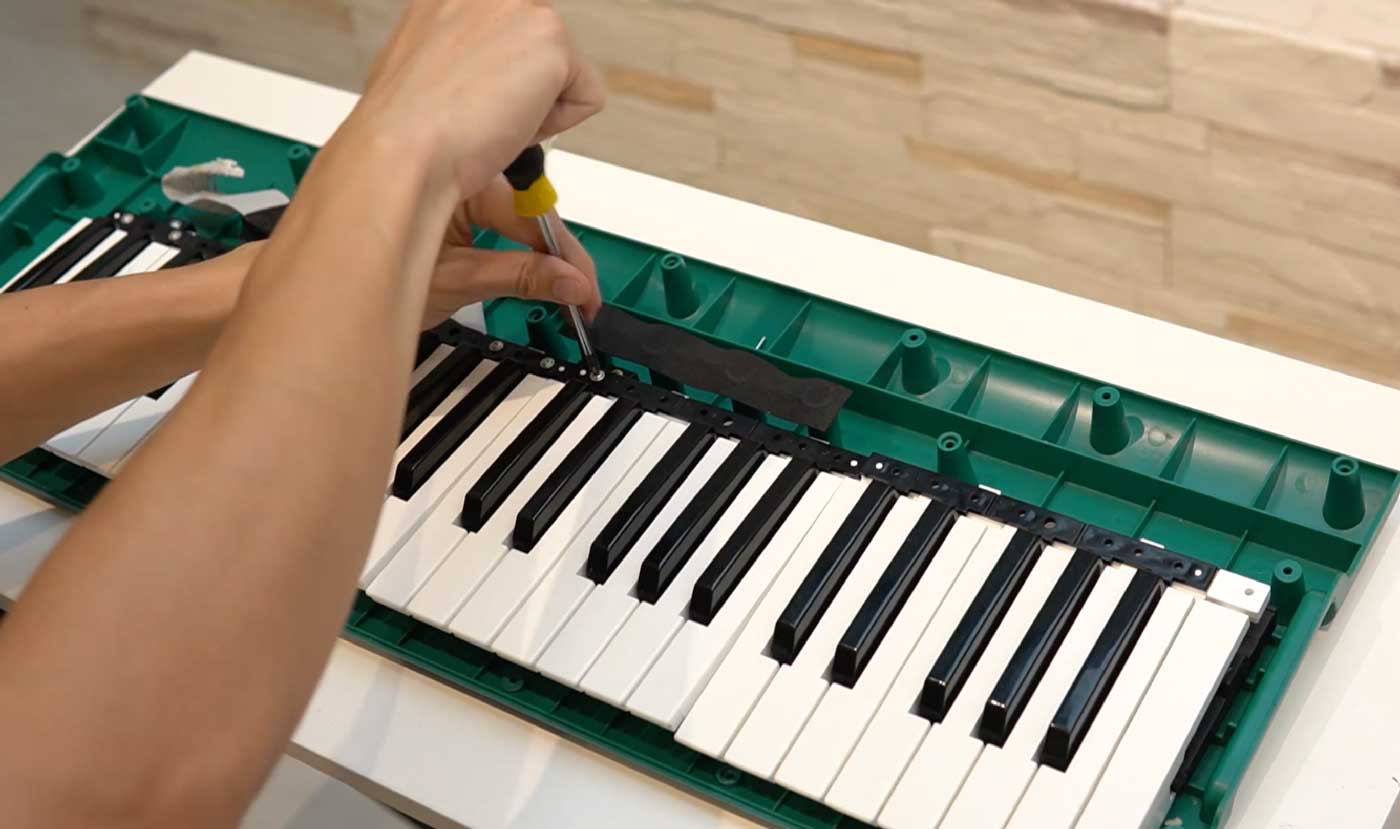 If you have done it correctly, the plastic keys should be noticeably white (or whiter) than before. It won’t be 100% as new, but definitely a huge improvement.

Put on your rubber gloves and rinse the hydrogen peroxide cream off the keys in a bucket of water. Take your time to clean this and make sure to wipe the keys down dry before reassembling them to the keyboard.

The plastic keys on your MIDI keyboard should look near to new! 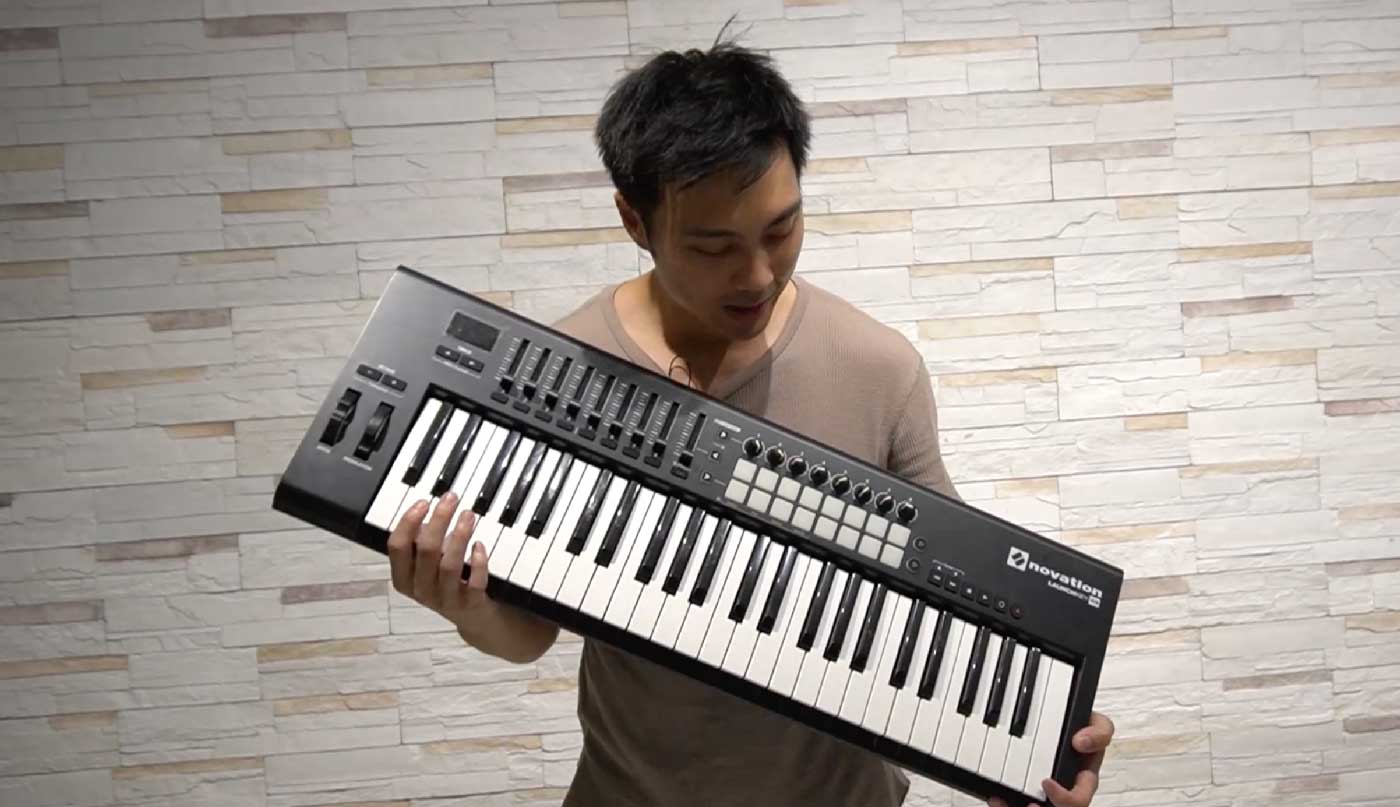 If the keys turn yellow again, you could simply repeat the entire process to bleach the plastic. However, remember that some experts have advised against doing the de-yellowing process, considering that it further damages the plastic.

For me, restoring the keys on my MIDI controller has been a rewarding experience. Sure, it took up a bit of time and I also risked damaging the keys on my keyboard. However, the Novation Launchkey 49 wasn’t too expensive and I was willing to take the risk. Besides that, it was also a fun activity to do, taking some time off from just staring at the computer.

In an odd way, having whitened the keys on my MIDI controller made playing and producing music with it, a more joyful experience.

It’s your turn now. Did you manage to successfully restore your yellowed plastic keys? How was the experience like for you?

You can drop your comments below.