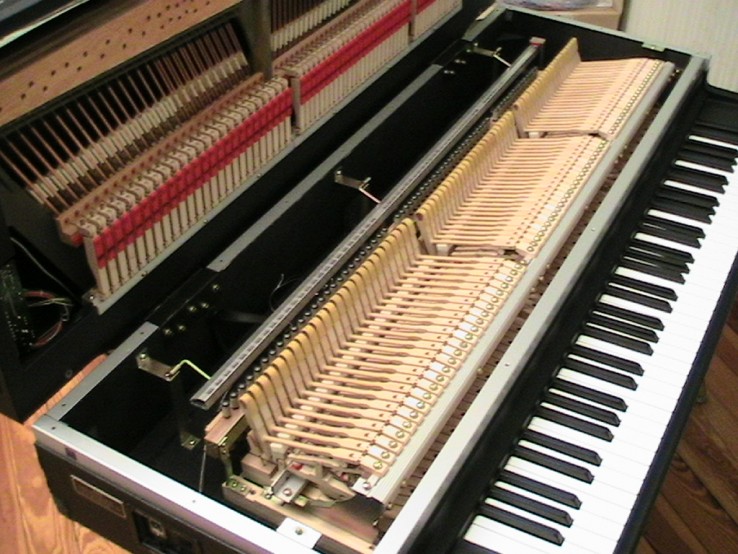 What Is ‘Hammer Touch’ & Why Should You Care?

Ever wondered what ‘hammer touch’ is, what it does, why you should care, and how it really affect your playing? What is hammer action keys with touch response as it has been always advertised mean?

How A Piano Really Works

What happens when you hit a key on the piano? As a kid, I’ve always been told to practice the piano daily. But being young I was naturally curious. I remember lifting the lid of the upright piano that I had at home while hitting the piano keys with my feet to see what actually happens inside. So what I saw was these wooden hammers with felt striking a set of strings whenever I hit a key. The harder I hit the key, the harder the strike of the hammers on the strings in the piano. There was something else I noticed too, that the keys on the lower octaves of the piano were heavier to press and the keys on the top registers of the piano were much lighter.

That is how a piano works. The hammering action of the hammers on the strings to produce sound.

What I have just explained was a very rough idea of how an acoustic piano works, from the eyes of a 10 year old who was forced to practice piano everyday. There is more happening within the body of the piano, from the action of the hammer to the number of strings for each key, the sound produced with the acoustics of the piano and more.

However without going into too much technical details about the piano, one should know that a hammer actually strikes strings when a key is hit on the piano.

Which…Brings Us To Hammer Touch.. and weighted keys?

You probably seen these terms around. The hammer touch and weighted keys.

If you know anyone who is a professional pianist, he or she would tell you that they prefer playing on an acoustic piano compared to a keyboard. That is because of the ‘touch’ and weight they get on an acoustic piano. Weighted keys or sometimes ‘hammer touch’ generally mean that the keys are heavier to the touch. You normally see keyboard or digital piano manufacturers incorporating weights on their keys.

What are the reason for them to weight the keys then? While you might achieve faster speeds of music playing on a keyboard which has no weight to the keys, weighted keys will give musicians the ability to play more dynamically and expressively. That is because with weighted keys, you have more control on how hard you strike the keys thus giving you more dynamic to your performance.

So Should You Shop For Keyboards With Weighted Keys Or Not?

While there are many arguments arguing that the true pianists play on weighted keys, I like to think that its up to your preference. If you like to play at lightning fast speeds or perhaps you’re using the keyboard for various type of music programming; playing drum patches, strings, bass lines, etc., then going for a keyboard without the weight will be ideal.

However, if you like a more expressive performance and would love to play with more control on the dynamics, go for a keyboard with hammer touch or sometimes named as weighted keys.