Is It Worth Paying for Professional Mixing and Mastering?

So you’ve worked hard on recording and arranging your music track. Next, comes the mixing and mastering process.

A plain answer to whether it’s worth paying for professional mixing and mastering comes down to figuring out what you’re planning to do with your music tracks.

If you’re planning to release an album, then yes – by all means pay a professional studio to mix and master your track. But if you’re making music as a hobby and is releasing new music every few days, then perhaps you’re better off doing your own mixing.

Before we go deeper into this debate, let’s first understand the difference between mixing and mastering.

How is mastering different from mixing?

Mixing and mastering are processes that happen side by side. It’s also often misunderstood. Both, however, are important towards having a professional, broadcast-ready song.

I like to think that mixing can be done by home studios, added with the sophistication of audio plugins and software we have at our disposal. Mastering however, is a process best left to the pros – mainly because of their setup and experience.

Mixing is the process to balance individual tracks and audio layers together – so that they sound coherently as one song.

A mixing engineer’s job is to make sure that each individual track or instrument, from guitars to drums, vocals to bass, and any samples or field recordings are leveled and not overpowering each other.

To do this, they use a couple of  mixing techniques including, but not restricted to: 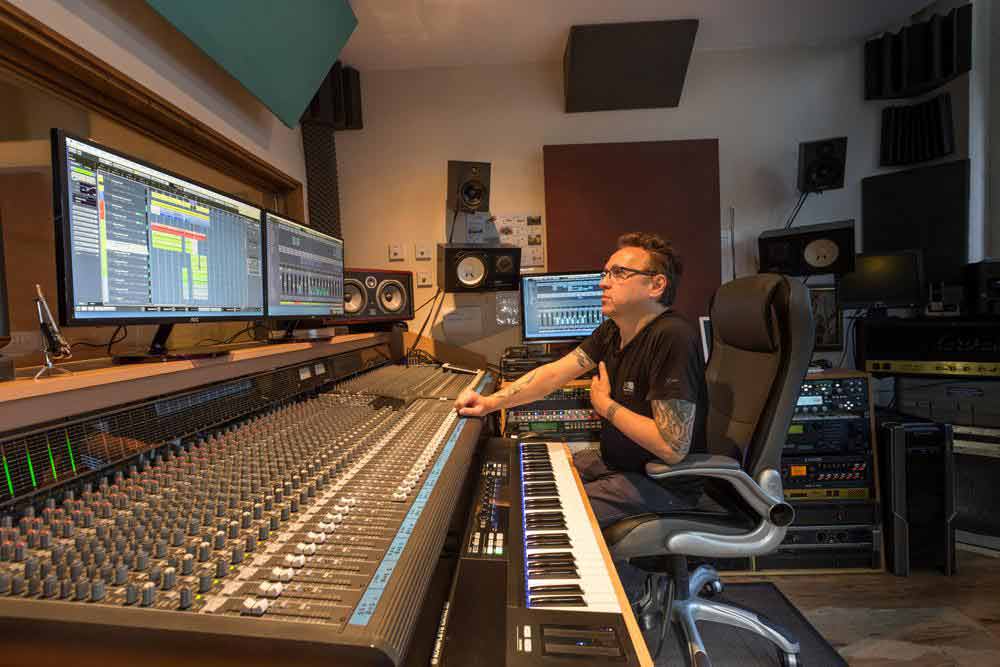 Well, these days mixing engineers have evolved. While they used to focus a lot on balancing tracks, these days they are expected to put in creativity into their mixing as well.

First, we achieve balance in mixing. Then, we then look at adding emotions and interest, by utilizing effects creatively.

The reason for this is simple. You want to keep a listener’s attention on your song. Some effects commonly used to mix creatively, include:

When to hire a professional mixing engineer?

Let’s discuss when you probably should have a professional studio or mixing engineer mix your song.

The thing about mixing is it can be easily done, with the tools we have at our disposal. Most music producers and artists, these days, mix in the box. Meaning, they mix their music on their computer using a DAW and effects.

However, if you’re not happy about how your mix is turning out, usually due to the lack of mixing experience, then by all means hire a professional.

Whether it’s ‘worth it’ or not, depends on what your song is ‘worth‘ to you.

2 – Getting a fresh perspective on your song.

This brings me to the next point. A big benefit of sending your track to a mixing engineer is the opportunity to learn from the different thought processes.

When you mix your own song, you probably have listened to the song a thousand times. A mixing engineer, however, is listening to your song for the first time, with a fresh set of ears.

This makes it easier for the professional to pick up on elements that you might otherwise have missed.

Mixing can be a time-consuming process. You may enjoy it, sure. But if you’re time-strapped with project deadlines, then it’s better to outsource the mixing job.

A mixing engineer would have to clean every track, de-ess vocals, work on volume automation, and more. On top of that, they would be working on this on a deliberate studio setup.

Unless you like to spend on having good studio monitors, a treated room, and spending hours to go through each track – getting a good mixing engineer makes sense.

It’s said that mixing contributes to 80% of a song’s success. Without proper mixing, there’s really no point of doing mastering.

Mastering comes after mixing. A mastering engineer’s focus is all about preparing the final track or album for end distribution – think CDs, radio, broadcast, Spotify, etc.

A mastering engineer’s goals would be to:

Well, in short – mastering is to make a song sound on the same par as other professionally mastered songs on broadcast channels like radio and Spotify.

You probably have come across unmastered or badly mastered songs on platforms such as Soundcloud. You listen to a few songs, the volume is perfect and all is well. Suddenly, you notice a track playing softer than usual, so you turned up the volume on your headphones, only to get your ears blown by the next song that is properly mastered.

Also, louder songs sound better. This caused many newbie music producers to confuse mastering as making their music as loud as possible. There’s even a term for it – the ‘loudness war‘.

When to hire a mastering engineer.

First, it is worth clarifying that although you are capable of doing professional mixing that rivals industry standards, it could still be highly unlikely that you’re capable to do professional-quality mastering.

Mastering engineers are a different breed. 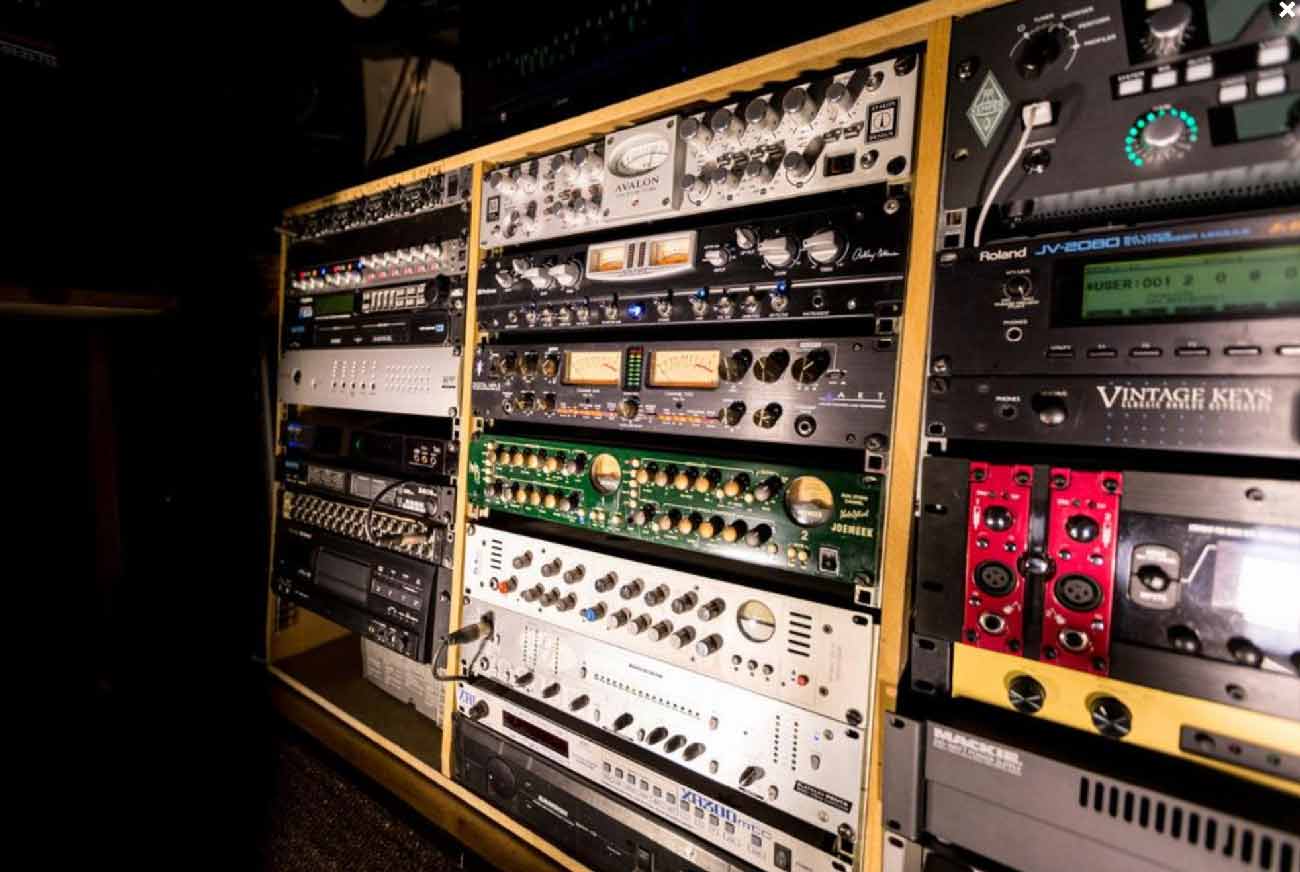 Mastering studios invest in dedicated audio equipment for mastering, such as analog summing mixers and mastering compressors. Stuff that a casual music composer or producer would not!

Because mastering involves critical listening and having a sound-treated set up to check the way your song translates on different devices, it’s often best left done by professional mastering engineers.

Sure there are excellent mastering plugins like iZotope’s Ozone and even online mastering SaaS services. However, the job of mastering is not so much about the plugins but more about critical listening.

The internet has given us connectivity to thousands of mixing and mastering studios around the world.

These days, you don’t have to walk into a local studio to get your song mixed or mastered. You can get everything done online.

You might say the online route is partly influenced by the Covid-19 pandemic, but it is also for convenience’s sake.

In a bit of a counter-intuitive advice, going for an online mixing and mastering experience that omits a face-to-face session with the engineer, can help – especially when it comes to objectivity, a lack of bias, and speed to getting things done.

Of course, that doesn’t mean you shouldn’t discuss the mixing and mastering directions with the studio you hire.

So to sum up if it’s worth paying for professional mixing and mastering, I’ll leave with you with some additional key points.

Consider professional mixing and mastering, if:

Do mixing and (a little mastering) yourself, if:

What are your thoughts on having a professional engineer, working on the mixing and mastering for your song? Do you currently pay someone to mix and master your music? Share your experience in the comments below.