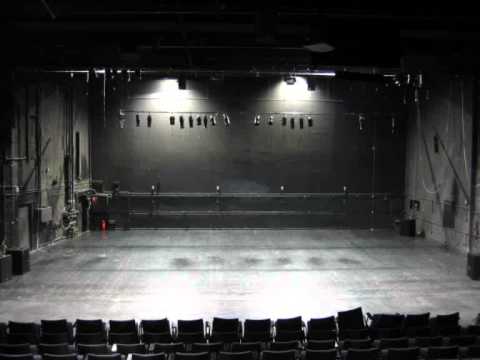 I Played An Awesome Show No One Came To

So you played an awesome show the other day which would have rocked the faces of anyone who came to see you, except that’s the problem. No one came to see you. You’re feeling annoyed, frustrated, under-appreciated and like you just wasted all that time spent practicing for this show and the effort you put into preparing for it for nothing. You came to the bar or venue dressed like a rockstar and ready to act like one, only to realise after you soundcheck as the speed of which your head whipped towards the door increased with every passing minute that, as much of a rockstar you may act, play or sing like later that night, you may not get you rock concert crowd. Later that night after you see your worse fears come to pass as you belt away your favourite covers or your new original song that you are “sure will make it onto the album” you start to question yourself : “What’s the point in dressing like a rockstar if no one is there to watch you act or play like one? What’s wrong with people?” You arrived ready to rock and rock you did but to who? Your drummer’s girlfriend who sat checking her text messages? This sucks. Other people you know manage to fill venues, why can’t you? As your emotions come to a boil try to understand that the main reason why you’re really playing to empty tables and bars, is most probably not anything or anyone else’s fault rather than your own.

Having been in similar  situations myself, you may feel the urge to scream out to the universe for justice and take your anger out on other people or yourself. But before you start channelling your inner Axl Rose and start trashing the stage, venue and/or your instrument you may want to ask yourself these few questions.

1. How many people knew I was playing a show?

Be honest. How many people really knew you were playing a show? Did you set up a facebook event and invite your friends or supporters to see you? Do you have a facebook page for your band or personal musician’s page set up to help let people know when and where you play shows?

Sometimes as people we get caught up preparing for our shows and dealing with our stage fright or making sure our bandmates make it on time we forget that while our entire band knows about the show, no one else does, and that needs to change. Most of the time part of the reason you were hired to play at any gig venue is to help higher sales of food and drinks or just to bring in people. No one tells you this but you have to know it. As an artist or musician there comes a point where you must realise you are also an entertainer. You will not survive this business by being an egoistic snob that refuses to play nice with anyone or get off your high horse to shake their hand. This is where making sure you play shows often, being in touch with your local music scene and reaching out to those around you pays off.
So if you insist on thinking that as an upcoming independent musician or artist people will come to your shows without you having to tell or invite anyone to have a good time, do not be shocked if you play to empty seats because you never worked to change that outcome.

2. How many shows have I played in the last week or month?

Say you went for a great party and got wasted and had a great time yesterday. Then you found out there was a party that was going to be just like that tonight, tomorrow night, and every night until the end of the month or year. How many of those parties would you be able to go to? Would you rush to that party tonight despite having other plans now you know there’s going to be many ones just like it in the next month or week?

People cannot be expected to attend every single show you play at especially if you play shows often. The truth is that the lives of people do not revolve around going to see their friends perform. People need to have a break, they need time to relax after a night of music and fun. Going out can be tiring and overwhelming. People don’t always want to go to one of your shows to watch you play every time you do, they want to do other things, and they most definitely will if they just saw you the other day and they know you have another show in a few days time or next week time, so don’t blame them because it’s not their fault. Balance is key. Do not call every single person you know every single time you have play a show and do not play every single night and expect everyone to show up every night. It’s just not going to happen.

This should go without saying but I’m just going to add a small bit here just in case. If no one showed up for one of your shows despite you having told a fair number of people and this isn’t your 4th show this week, maybe you’re not as good as you think. Be honest with yourself and re-evaluate how good your performances are as well as how suitable they are for the venues you play at and how people have been known to react to them. People are not known to pass up opportunities to see good musicians play especially if they know those musicians don’t play that often. So if this is happening to you, you need to really sit down and think about what’s happening to you and how or why this is happening.

In conclusion, hard work, being friendly and not having an overblown ego always helps in almost any situation. So get in touch with your local music scene, continue having fun and rock on!