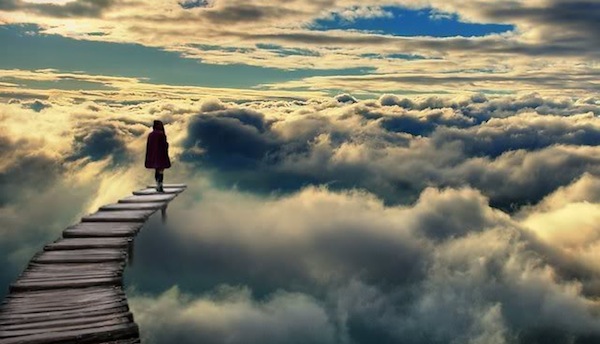 The Undiscovered Potential in.. You

Producing, writing, composing, arranging, and performing music isn’t that hard. There’s a couple of things you need to keep in mind, but maybe the following might help you achieve what you need to. We know that everybody is unique in their own ways, the following points are areas that I found challenging when I was in the midst of producing an album.

For today, I’ll share 6 points that may help you out based on the challenges I’ve faced.

Not to the ground, of course. If you’re already working on something, like a melody line, or the chords to a song, but you know it hasn’t reached its full potential, you may have reached a writer’s block, which is completely normal in any sort of industry that the results is dependent on your imagination.

If you’re like me, and especially if you lack music education, I’ll mostly have a guitar in hand (occasionally the keyboards) while programming backing tracks. It’s not a bad habit to do so, but the problem here is the writer’s block, where you may have exhausted all options.

It’s only the end only if you allow it to be!

Put your produce, or a section of whatever you’ve written on loop, and hum anything you have in mind out, and try “tracing” that down into your session.

It may not sound as hard as it is, but you’ll be surprised that this may not be as straightforward as it seems.

Find something else to do – check your emails, do your laundry, cut up some fruits, brush the dirt off your shoes – you might end up with a catching (winning?) melody that might be a memorable one for the listeners.

Neal Morse once shared in his earlier days for writing music – he was in the middle of helping his friends moving houses until he heard a really good cello line in his head. He told his friend that he needed to write this piece of music down before it was too late. I forgot which song this was, or in his world, which album it led to.

Take a step back, take a breather, and sing/hum it. It’ll be really organic when you nail the parts.

In the current era, we’re constantly connected with all parts of the world. I found one of the issues I had was that I was connected to the internet. Initially, I had to unplug the wireless router to ensure I was never connected. This led to a problem because I was sharing a house with 4 other people!

Realistically, I switched off the Wi-Fi on my laptop instead. I was on a form of social media, or on Google researching random things once every 5 minutes. I made it a habit to switch my Wi-Fi off if I was done with whatever I was doing, and when I was ready to record again.

The problem here was that I wasn’t paying for studio time (which is great!), but I owned the sessions I was in. This led me to procrastinate a lot during those days.

Eventually, I found out a lot of other ways to divert distractions away from my recording sessions. One famous one I did was to hook up my audio interface (a Line 6 UX1) with my DAW (Logic Pro/Propellerhead Reason), and the system core audio by default (laptop speakers) which I had on mute. This meant that although I was connected on Facebook, I didn’t respond because I didn’t realise the beeping notifications.

In the world full of efficient technology today, getting connected isn’t a problem – it’s disconnecting yourself from what has made life slightly easier.

I enjoyed every bit of isolation I could grasp. Perhaps, that is the key, sometimes.

You should always have a structure to whatever music you’re going to write. Have it be in a very conversational structure (progressive rock music/orchestrated movie soundtracks is a great showcase), or a standard pop-theme structure, or a love-story structure – this is completely up to you.

But you need to know if there are sections of the song sounds a bit too draggy, have repeated too many times, or adjusting the time signature at a given measure to lengthen/shorten a musical statement you’re trying to give.

A good example would be Hans Zimmer’s “Discombobulate” written for the Sherlock Holmes OST. You’ll find that he teases the listeners with a 3/4 or 2/4 and he changes the key of the song.

And using a chord only once throughout the entire song? That’s very useful as well to create some tension for the listeners, and some good flavour. Christina Aguilera’s “What A Girl Wants” feature the almighty “Hendrix” chord (as Greg Howe puts it) – an E7#9, right before it jumps into the chorus. It was present for a second or two, then it was never used again.

It’s these small little things that gives it that extra magic for the song to be listened to again.

Another thing that’s one of my favourites that’s present in the music style of Dream Theater, Paul Gilbert, Dixie Dregs, Neil Zaza and Steve Vai, is to think rhythmically.

To keep things short, let’s use Dream Theater as an example.

3:20 – 3:24 of “The Dance of Eternity” is one of the many sections where the band is playing in unison. Before you go on about how it has 130 time signature changes in over 6 minutes, listen to the conversation, and most importantly, the rhythm. It’s not a hard section to pick up if you pay attention to how the notes are being performed/conversed in the music.

You’ll be surprised on how a simple thing above may change the direction of your music – and it might let you overcome the first point in this article.

There’s a video that Paul Gilbert explains how you can incorporate rhythm into your solo playing or coming up with songwriting, which is what he’s noted for in the world of guitars.

In the earlier days, in my opinion – he has become very organic since the release of Vibrato.

So listen to your favourite piece of music, and instead of stealing the ideas, try stealing a rhythm that already works.

On a side note, the end rhythmic session before the guitar solo starts for Dream Theater’s “Innocence Faded” (4:16 onwards) sounds like a section of Rush’s “Red Barchetta” (2:30).

5. Critics, will always be critics.

As a guitarist, I’ve dug around for plenty of records to listen to, and understood why it can never make for commercialised listeners. And it would take a huge amount of effort for a non-musician who listens to music to even recognise their works.

If you pretty much have good discipline in writing music, and sometimes having rules like keeping them under the 3 minute mark, you’re pretty much set.

However, there will be a group of people you will encounter who will criticise your work even if it is constructive, or negative.

This, to my surprise, led to a conversation like I was speaking to Buddha. He asked: “If they sucked, why is it they have a large fan base?”

It’s not like they were a small act, either.

I went home pondering around this, and realised that it was their music at that point of time, was not something I was fond of. However, I was a fan of that music style when I was 13, and just recently, I’m into it again.

So while critics are in the midst of drafting criticism for a newly produced album that you have put your hard works to, and as long as you have a number of people who appreciates what you do, get the critics to draft what they want to express..

.. And get working on the next big thing that you’ll release next.

I’ve always trapped myself in this huge box, always wanting to be a better musician, or a better guitarist. I cannot stress how important it is to drop any sessions of dissecting other musicians and trying to play exactly like them.

It’s great talent to play note-by-note of your idol, but if you follow up on someone like Steve Morse, his improvised solos are never the same from show to show. This comes with years of practice of what’s really important in creating a diverse pool of music materials, and that’s sounding like yourself.

We can easily pick up different styles of music, and all you need is to invest time into practice sessions to focus on those areas.

What’s important is to invest time in finding yourself in music. This includes your writing, playing, performing, entertaining and melodic styles.

I never got this until I was about 23 years old (given that I picked up music at the age of 14, I was a late bloomer). I was surrounded by friends during that period, sharing that should come up with a style, and stick with it.

If you get into the attitude of always wanting to be better by learning multiple parts from different artists, you’ll end up spending a good amount of time learning, but not time to produce what you’re capable of.

Remember that we enjoy a good range of music, is because we’re surrounded by artists. Not just one musician, but a range of diverse musicians.

Plus, if you really want to play like whoever you idolise, remember that you have to be whoever that person is. All of the life experiences, emotions, upbringing, and culture that person have gone through – you need to copy all of it to express yourself the same way as he does.

What’s easier? Being yourself, or being a person that you need to defy what is natural? You decide!