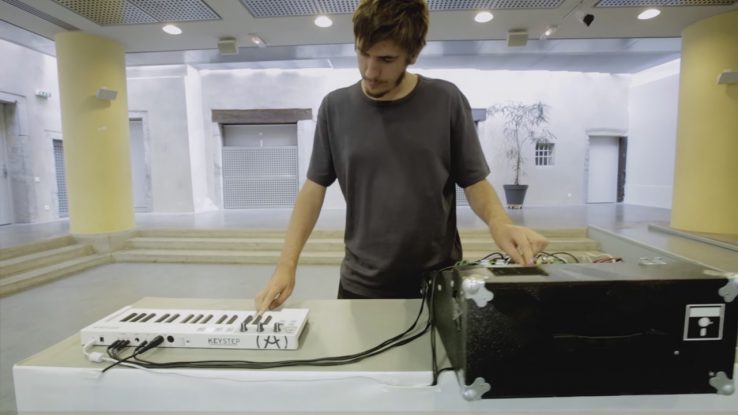 Arturia Keystep Is Now Available. Would This Video Make You Buy One?

If you’re still waiting for the Arturia Keystep release date, the wait is over! Arturia has announced the Keystep and it can be purchased now from major stores.

The Arturia Keystep redefines the MIDI controller experience by combining the normal functionalities you normally find in a keyboard controller and a polyphonic step sequencer that enables you to control both analog and digital device.

This makes the Keystep a keyboard controller powerhouse – with its many functions that will fit into the setup of different music producers.

That extensive list of Arturia Keystep features should tell you a lot about how feature rich the Keystep is. The Keystep is designed so you take a more hands-on approach, focusing on performance to create music, and less time clicking on your computer.

Some setup possibilities on the Arturia Keystep

A little unsure whether to buy the Arturia Keystep? It really depends on how you prefer to make music and also the type of music you do.

Here are some key factors to help you decide whether the Arturia Keystep would be a perfect fit for you.

The Keystep features A CV/gate, which stands for control voltage gate, essentially an analog method of controlling synthesizers.

So if you have a couple of analog or digital synthesizers sitting around in your studio and like to use them in your music creation, the Keystep would be able to control all of them.

The MIDI output can also be used to control any MIDI hardware instruments. Basically, it’s compatible with all types of synthesizers we have in the world today.

This goes without saying, but if you produce music using lots soft synths and experimenting with sounds, you’ll love the Keystep. Instead of trying to achieve everything in your DAW, you can now creatively experiment with your music, thanks to the built-in Arpeggiator, sequencer, and chord play mode.

These functions might not appeal so much to a film music producer who focuses on lots of acoustic instruments, but would be an amazing feature for any electronic music producer.

The arpeggiator makes it nice to experiment with different arpeggiation patterns on different synths and the Chord play mode will help you with laying down quick chord patches and also for live performances.

You Often Travel or Have Minimal Studio Space

The Keystep is made to be versatile, so you can expect to see them being used by touring musicians, live performing musicians on stage and also producers who have minimal studio space.

So if you’re a traveling music producer, you might want to snag the Keystep up. It’s an ideal MIDI controller one would take for traveling as it opens up to lots of collaboration opportunities, thanks to its many setup configurations. (p.s. the sustain pedal input is a godsend for pianists/keyboardists)

What are your thoughts on the Arturia Keystep? I think it’s an affordable portable keyboard controller that packs a punch for creativity. Also, it’s trying to redefine the casual MIDI controller by adding tons of features to promote musical creativity.

Let me know your thoughts on the Arturia Keystep in the comment section below so others can learn from your thoughts and perhaps experiences as well.