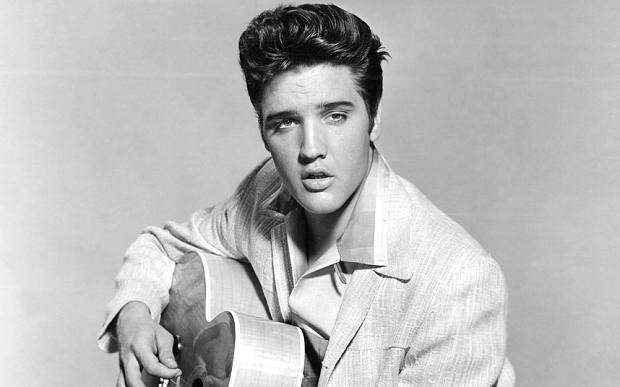 First off, if it’s your birthday just now that 89 years ago the legendary Chuck Berry was born today. Chuck Berry was  singer, songwriter and guitarist, who wrote the 1963 UK No. 6 single ‘Let It Rock’ plus many other classic songs. He also had surprise hit in 1972 with the UK and US No.1 single ‘My Ding A Ling’. A major influence on The Beatles and Rolling Stones,  Berry was one of the pioneers of rock and roll music, who helped developed rhythm and blues into the major elements that made rock and roll distinctive; his lyrics focusing on teen life and consumerism plus his own brand of showmanship became a major influence on subsequent rock music. To show how influential his influence has been on modern blues and rock and roll, Berry’s ‘Johnny B. Goode’ was one of the examples of music from Earth sent out to space. Which shows how out of this world his skill was.

If the blues and rock and roll are not your thing fear not. Today is also the birthday of Zac Efron and Ne-yo. Born on this day 1982, Ne-Yo, (born Shaffer Chimere Smith), American R&B singer-songwriter. Ne-Yo gained fame for his songwriting abilities when he penned the 2004 hit “Let Me Love You” for singer Mario. The single’s successful release in the United States prompted an informal meeting between Ne-Yo and Def Jam’s label head, and the signing of a recording contract. Ne-yo is also know for his  2006 US No.1 & UK No.4 album ‘In My Own Words’  which featured the No.1 single ‘So Sick’

Born 5 years his senior is Zachary Efron, American actor and singer from High School Musical. He began acting professionally in the early 2000s, and became known as a teen idol after his lead roles in the Disney Channel Original Movie High School Musical, the WarnerBros series Summerland, and the 2007 film version of the Broadway musical Hairspray. Efron has since starred in the films 17 Again, Me and Orson Welles, Charlie St. Cloud, New Year’s Eve, The Lucky One, That Awkward Moment, Neighbors, and The Lorax.

In other news, in 1956 21-year-old Elvis Presley pulled into a Memphis gas station where he started to attract a small crowd of autograph seekers. After repeatedly asking Elvis to move on so he could resume normal business, station manager Ed Hopper slapped Presley on the head and found himself on the receiving end of a punch in the face from Elvis. Station employee Aubrey Brown tried to help his boss, but was no match for Presley. After police are called, Hopper and Brown were charged with assault and were fined $25 and $15 respectively. Sounds like Elvis made sure they knew they weren’t nothing but a hound dog. Speaking of weird, in 1974 a stewardess friend of Al Green’s shows up to meet the singer,  he ended up at his Memphis home with her and his companion, Mary Woodson. When Green takes a bath, Woodson pours a pot of boiling grits in the tub, burning him badly before going in the next room and killing herself with his gun. Green takes these disturbing events as a sign from God and focuses his career on Gospel music and preaching.

In performances and first appearances , Paul McCartney made his first appearance with The Quarry Men at New Clubmoor Hall, Norris Green, Liverpool in 1957. The line-up for The Quarry Men was John Lennon, Paul McCartney, Eric Griffiths, Colin Hanton, and Len Garry. Paul played John some songs that he had composed which Lennon contributes, marking the birth of the Lennon and McCartney songwriting partnership. The Jimi Hendrix Experience also played their first gig as a band supporting French pop star Johnny Hallyday at the Paris Olympia in France in 1966.

Finally  in recording, The Beatles took a day off from their British tour in 1964 to go into the studio and complete the recording of six album tracks and the A-side of their next single: ‘I Feel Fine’. They also completed ‘Eight Days a Week’, ‘Kansas City/Hey Hey Hey Hey’, ‘Mr. Moonlight’, ‘I’ll Follow the Sun’, ‘Everybody’s Trying to Be My Baby’. ‘Rock and Roll Music’ and ‘Words of Love.’

That just about wraps it up for today’s roundup or what happened Today In Music! I hope you guys have enjoyed this one. Feel free to fact check and tell me if I’ve gotten anything wrong!