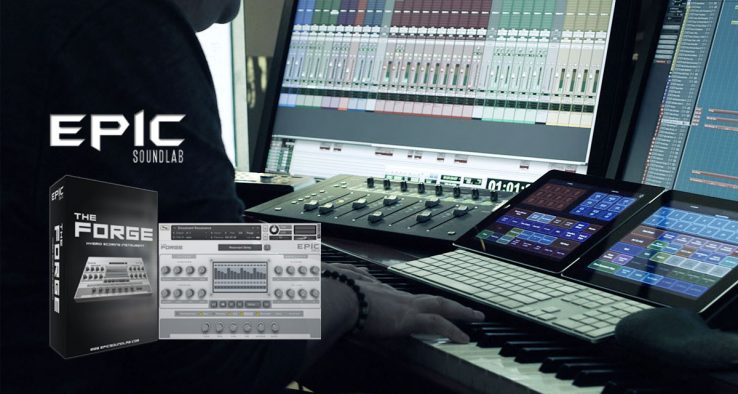 One of the secrets of great TV & game music composers is the ability to work fast. With the rapid music tech development and new plugins being introduced every day, there is hardly any reason not being able to compose music.

Technology has made it possible even for a non-musician to compose and produce music – armed with just a laptop.

Today, it’s no longer how big your studio establishment is. It’s how fast & efficient you are when it comes to composing and producing music.

Sometimes though, notable & great sounding audio plugins surface in the market and in this post, I want to show you the EPIC Soundlab sample libraries consisting of 5 instruments, The Forge, Maliki, Octamorph, Quadrimorph & Octacontrol.

Check the current sale out: Complete Epic SoundLab Libraries at 79% off

The video above should give you a good overview of the sound you’ll get from the EPIC Soundlab libraries & instruments. But let me introduce you to it again.

The EPIC Soundlab sample libraries is a collection of Kontakt instruments that works within Kontakt player and Reaktor. Consisting of 5 Kontakt instruments, they’re designed to give you the ability to record powerful and epic sounding scores, primarily for film, TV & game music.

Designed Luca Capozzi, an italian sound designer from Dublin, Ireland, the Epic Soundlab is one of the most affordable epic sample libraries in the market. While an epic drum sample library like Native Instruments’ Damage cost an upward of $299, Forge, the rhythmic library by Epic Soundlab will set you back only a mere $189.

But before you jump right into buying it, there’s a sale going on where you get all 5 libraries by SoundLab at only $99. It’s a time-sensitive deal, so make sure to check it out and consider.

Let’s drill down into the libraries and see what they are.

One major strength of The Forge is that it is very customizable, giving you a multitude of sound options to play around with.

The Forge player compliments The Forge by adding a fine selection of powerful rhythmic loops from the original Forge library. It’s based off The Forge instrument engine where you use it to play loop-based samples and tweak them with the available filters, envelopes, and effects.

By the way, you’ll get a refund for The Forge Player when you crossgrade to The Forge. 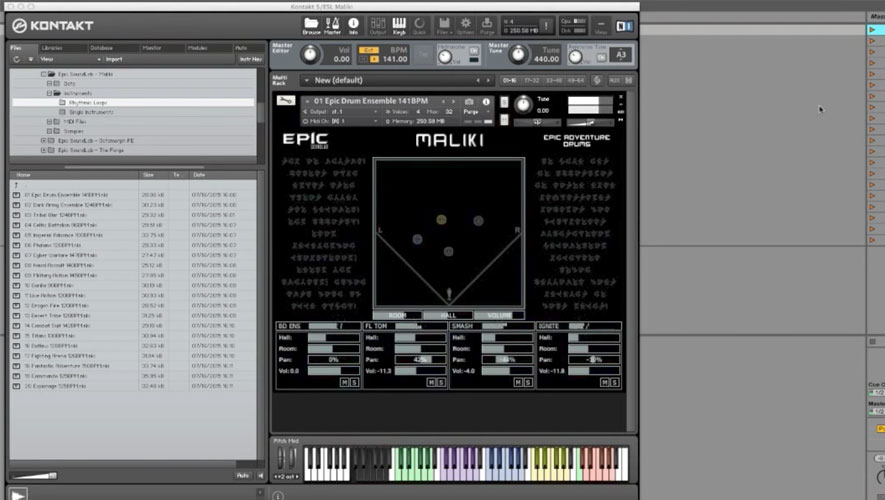 The Maliki is a collection of epic drum loops arranged and made playable in 20 themes using a selection of high quality sounding acoustic and hybrid drum instruments.

Unlike conventional loop instruments that repeat over and over again when you play them, the loops in Maliki, as mentioned is based on a theme. And with each theme, made out of 10 sections, the loops dynamically grows as you play on them as part of a musical arrangement.

On top of that, if playing loops sound uninspiring, Maliki also allows you to play on single drum instruments when you need to write your own drum tracks and arrangements. 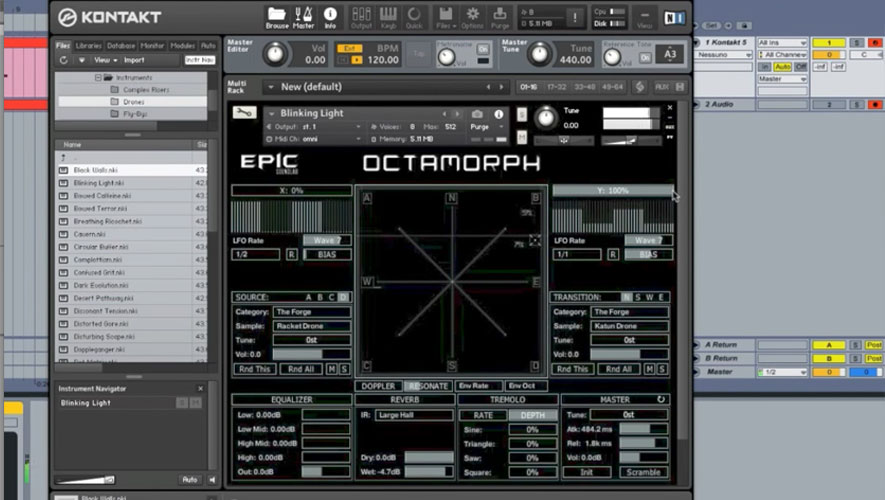 The evolving and automatable sounds from Octamorph works great for game & film environments. Its sound is built around drones samples taken from the Forge, featuring a neat XY control, LFOs, effects and even a section for you to place in your own samples. 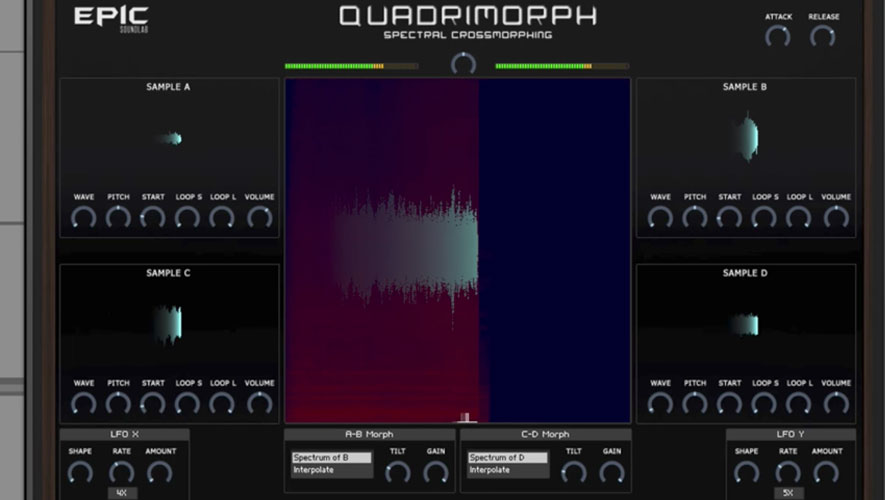 Quadrimorph works in Reaktor instead of Kontakt player, another morphing instrument great for creating atmospheric tensions you usually hear in film and games.

The nice thing about Quadrimorph is that the sounds you create are always going to be different and they sound good as well. Rather than toying around with some pads and trying to tweak them, load Quadrimorph and within minutes you’ll be able to create lush unheard sounds that work amazing for film and game music.

One downside that I noticed about Quadrimorph is that it’s quite CPU-intensive, considering it’s using spectral processing within Reaktor. My Macbook Pro’s fan started spinning at an all time high when playing with it.

You might need an i5 or i7 processor at a minimum, to use this instrument effectively without experiencing dropouts and overloads. 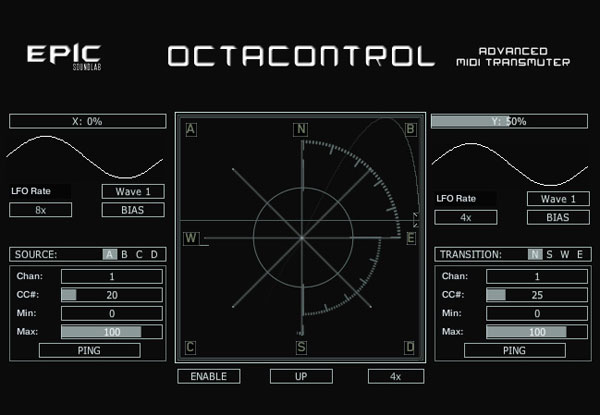 Octacontrol is a sound design instrument that works in Reaktor, allowing you to create complex and shapeshifting sounds with a manual axis control. It’s an 8 points MIDI Transmuter sound design tool to control any MIDI device – software or hardware.

This means you use it to control any MIDI devices and morph its sound to anything you’d like. It works with sending 8 MIDI CC#, each assigned to a coordinate in an XY plane.

Definitely, a very interesting tool use to morph sounds with the primary goal to create complex sounds that you can never have otherwise gotten with just the MIDI device alone.

EPIC SoundLab sample library includes all the instruments above and is valued at $474. Currently on sale at only $99 at AudioPlugin Deals

Full version of Native Instruments Kontakt and Reaktor 5.9+ is required.