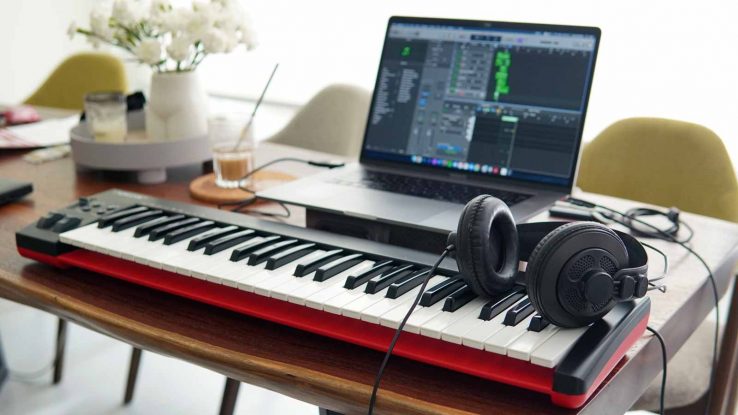 Nektar SE49 MIDI Controller Review – Why Beginners Should Buy This

MIDI Controllers can be expensive, turning beginners away from music production. That said, many times, even seasoned music producers don’t use every function available on a MIDI controller.

Lucky for beginners, we have MIDI controllers like the Nektar SE49.

The SE49 makes an inexpensive MIDI controller for beginners, without the fluff and only the essentials. Let’s dig in a little into it, so you’ll see why it’s one for beginners.

Watch me make produce a short music riff with the Nektar SE49 in the video above.

First off, the Nektar SE49 cost only USD84.99. It connects with your computer (Mac and PC) or iPad, without needing any driver installation.

That’s it. $100 to start producing music. What else could you ask for?

Sure – there are a few 49-key MIDI controllers in the market around the $99 price tag as well, such as:

Having owned and tried the two MIDI controllers above, I felt the SE49’s quality is somewhere between the Samson Carbon (stiff keys) and M-Audio keystation (I loved the feel of the keys on this one).

Key Features of the Nektar SE49

Let’s talk about some key features you’ll find on the Nektar Se49.

This is a no-brainer. I don’t know what you’ll do with a MIDI controller without velocity-sensitive keys.

The feel of playing on the SE49 felt alright. I could play quite expressively with it, although – I could feel that it’s not as pleasant to play on, compared to my usual MIDI controller, the Novation Launchkey 49 (YouTube video).

That said it’s nice to have 4 different velocity curves on the SE49, that you can quickly switch to program different instruments, such as going for the heaver velocity curve for programming drums.

2 – Control your DAW with Onboard Transport Buttons

You get a full transport panel – play, record, forward, and rewind, on the SE49. There’s also an assignable fader which you can assign to anything on your DAW, a plugin, channel or to draw automation lines.

With the Nektar DAW integration, setting this up and assigning it was quite seamless. In my case, it worked with Logic Pro, right out of the box, without me having to do anything.

I tend to control the DAW on the computer, so these were just nice-to-have options for me. Perhaps you’ll find the transport buttons useful, especially if you like controlling your DAW without having to leave the keyboard.

And lastly, no MIDI controller would be really complete with the essentials – a modulation wheel, a pitch bend, and octave/pitch buttons. There’s a small LED screen that shows you the current octaves and pitch on the SE49.

Other functions, include functions to edit MIDI assignments, although doing so requires you to be familiar with using the on-board buttons and selecting MIDI messages using the keys.

Once you set things up, the MIDI assignments will be stored over power cycling – so you don’t have to set them again.

Producing Music With The Nektar SE49


Overall, producing music with the MIDI controller was an enjoyable experience, with a few small exceptions.

First, the sensitivity and feedback on the keys are acceptable for me with a piano background, but I’ve definitely played on MIDI controllers with better touch response. And of course, don’t expect it to replace the touch of a hammer-action piano. 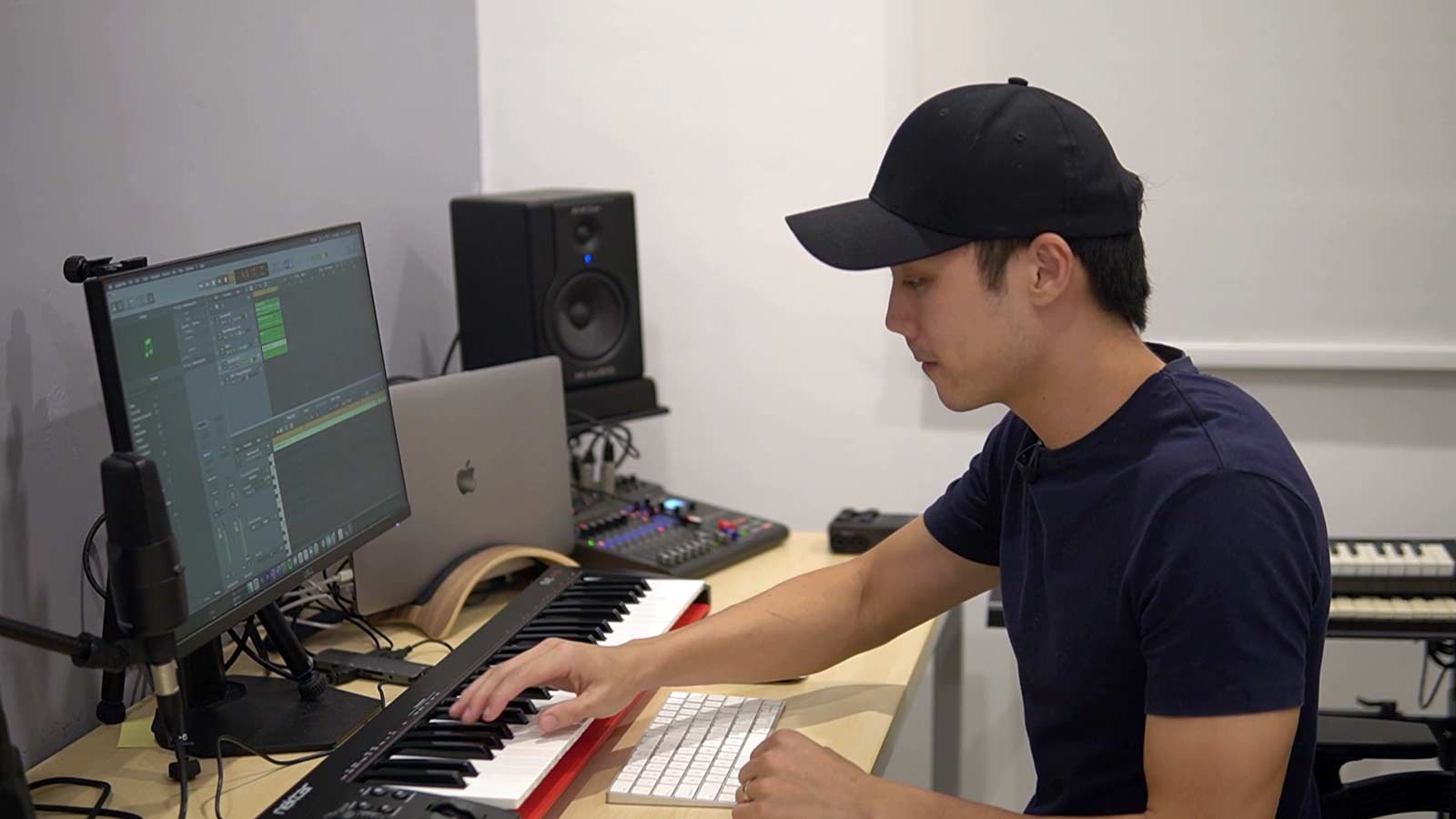 I think you’ll get by if you’re planning on using the SE49, for programming music on your DAW, and less for performing. Otherwise, I would suggest going for the SE61, which has more keys and is the size of a standard music keyboard.

Also, don’t buy the Nektar SE49 for its ability to set MIDI assignments. Sure, it does the job – but the lack of visual indicators when setting up MIDI assignments isn’t too helpful.

However, if you’re like me, a music producer who just wants to get things done – arranging, programming, and recording music, using keys – the simplicity of the SE49 is perfectly understandable.

I like the fact that the SE49 is slim-enough to fit on my desk as well.

If you’ve read this far, you’re probably in the market looking to buy a MIDI controller as a beginner. Let’s look at some popular MIDI controllers that are near the SE49’s range – in terms of price and functionality.

I’m a fan of M-Audio’s MIDI controllers for one reason that the keys feel really good. The Keystation 49 (USD119) has come many years. In fact, I started my music production journey with a M-Audio Keystation 61-es back in 2006. The slim profile of the controller means I can fit it on my table, between my screen and the computer keyboard, without taking up too much space.

Features-wise, it’s near to the Nektar SE49, where you have the essential pitch bend and modulation wheel, including transport buttons, octave buttons, volume fader, sustain pedal input, and directional buttons to control your DAW.

There’s also plenty of lite music software and instrument samplers/VSTs that come included with it. A really good buy. 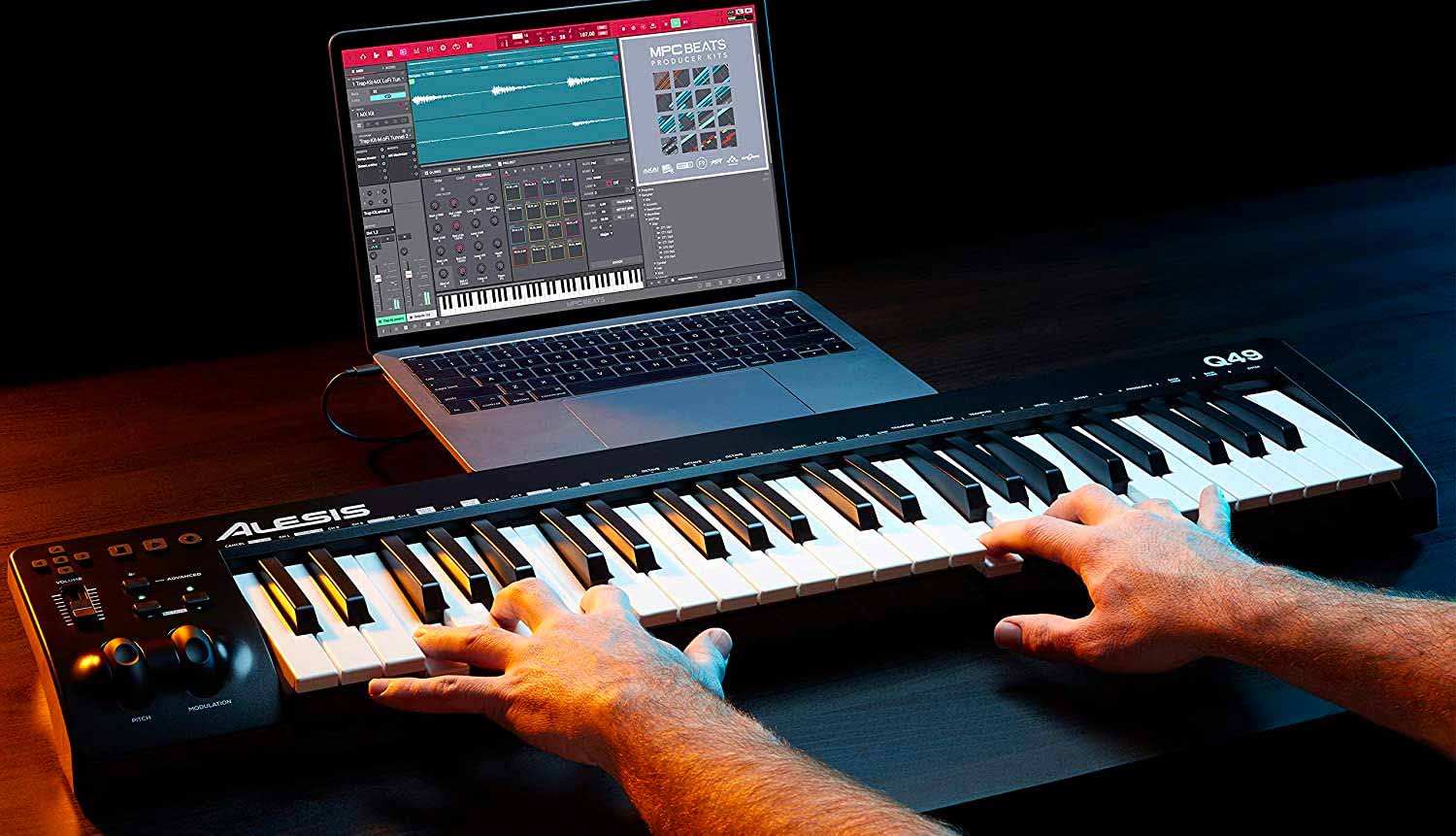 A near similar alternative to the Nektar SE49 is the Alesis Q49 MIDI controller. Function wise is near similar to what you have on the Nektar, with the octave/transpose buttons, pitch bend, and modulation wheels; Assignable volume knob and transport controls.

Again, I would advise buying this primarily just to use the keys to produce music.

Right out of the box, the Alesis Q49 works with your desktop, laptop, including iOs devices. And as with its competitors, the Q49 includes lite software such as Pro Tools First and virtual instruments from AIR Music Tech.

The Alesis V49 (USD149) comes close to the Nektar SE49 in features, with a slightly higher price tag and the addition of 8 velocity-sensitive drum pads. The velocity-sensitive pads will be useful if you want to do some beat-making or clip launching in Ableton Live, aside from mainly using the keys to produce.

Additionally, it also comes with more knobs and assignable buttons,  4 each – which you assign to control pan pots, draw automation lines, mute and more in your DAW.

And just like the SE49, the Alesis V49 also comes included with some lite software from Pro Tools First (Alesis Edition), Ableton Live Lite, including several sampler instruments to get you started with music production.

The Nektar SE49 is definitely a great choice for a beginner who’s looking for a MIDI controller to begin right, regardless of the music genre you produce. Its inexpensive price and ease of use, eliminate any complaints.

That said, if you prefer having more keys (full-sized music keyboard), consider the Nektar SE61. It’s essentially the same product, just with more keys, priced at $99.99 (just $14 more than the SE49), which in my opinion is a great choice – if you have space in your home studio.

With that said, at under $100, there is nothing that beats the value coming from the Nektar SE49 so you should definitely consider getting one if you want to start making your own jams and beats.