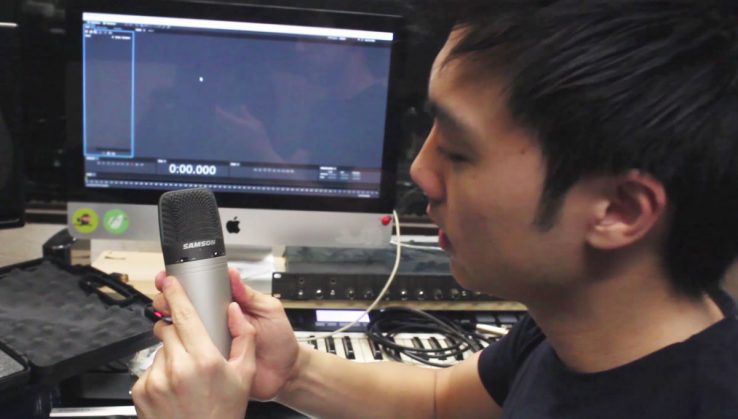 The Samson Co3 is a budget condenser microphone aimed towards beginners in recording. The microphone has an XLR connection, where you would usually plug it into an audio interface or pre-amp. The Samson CO3 also has a USB version, called the Samson CO3U (U stands for USB).

I’d recommend the USB version, CO3U to people who wants simplicity and probably going to work with light recording work. The problem with a USB condenser microphone is that you’ll face expansion problems. With a USB mic, you’re stuck with having to use it with a computer. You can’t just plug the microphone into a mixer. So if you prefer to stay versatile and use your microphone across a few types of setup, post-production or live, go for the XLR version.

The Samson CO3 comes with a carrying case

The Samson CO3 came in a simple carry case. I, still prefer a simple carrying pouch that is usually supplied by other microphone manufacturers.

Optional: If you prefer a better microphone clip, you can consider getting the SP01 spider shock mount that is designed to mount Samson condenser microphones and add isolation from bumps and mechanical noise from the stand that is holding the microphone.

First, it has a low cut switch (hi-pass filter) which is used to eliminate and low frequencies when recording. The low cut filter rolls off at 12dB per octave at 100Hz. This is extremely useful for removing low frequencies such as lows from drums when you’re using the microphone as a snare or overhead mic or can be used to filter out low rumbles.

Second, the CO3 also has a PAD switch built in which is used to lower the input sensitivity of the microphone. I hardly find myself using this in my everyday recording process, however, this can be useful when you’re trying to record very loud sounds with high SPL (Sound Pressure Level), such as a drum kick or a trumpet.

And third, the neatest feature of the Samson CO3 is that it has a switch to select different polar patterns for recording.  It has a dual 19mm mic capsule built in, together with a switchable pattern selection. This gives you the microphone the ability to record with different pickup patterns from super cardioid, Omni-directional and figure-8 patterns. 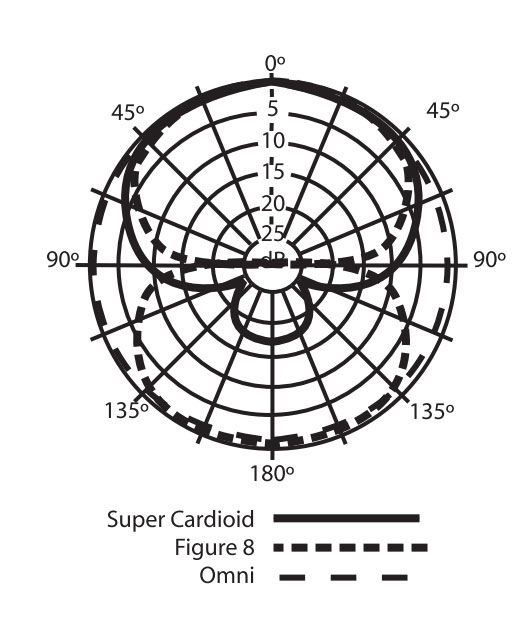 These patterns can be very useful when handling different types of recording setups, like recording a vocal duet, guitar, piano, drum or even a group recording, like a choir.

Think of the omnidirectional pickup pattern as an ‘O’. The microphone will pick up sound source from all directions. This is used when you want to record ambient sound or a natural reverb from a room.

The figure 8 is useful for recording a duet between to artists, laying down a background vocal track or recording a podcast of two persons.

Cool recording trick: The figure-8 pattern can be used to creatively record a slap-back echo effect where you the front of the microphone records the sound source immediately and the back of the microphone records the bounce of the sound source from the walls, thus creating a slap-back echo effect. Experiment with the Samson CO3’s pickup patterns and you’ll find all sorts of creative recording placement you could use with it. 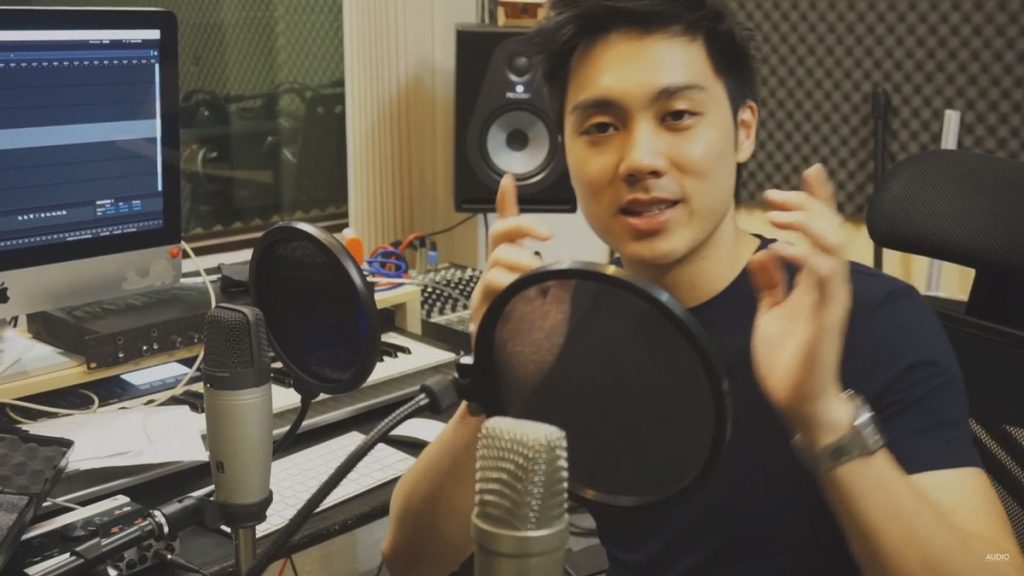 At the end of the day, it’s the sound of the microphone that matters, so we put the Samson CO3 microphone into a recording comparison test between the Rode NT1-A, an industry level reputable recording studio microphone.

We recorded both the microphones directly through the Komplete Audio 6 audio interface which has pretty neutral sounding pre-amps.

Watch the video above to hear the sound recording.

When recorded side by side another microphone, you can really hear the sound difference. Compared the Rode NT1-A, the Samson CO3 sounds slightly muddier in the bottom end. It also lacks a bit of brightness & sparkle on the high end.

On the positive side, the Samson CO3 does have a full-bodied and warm sound. The sound rejection from the sides is also pretty good and the noise floor is also pretty low.

The Samson CO3 would be good for light commercial voice over projects and also for vocal recordings. On a guitar, the Samson CO3 may sound a little dull, due to the slight lack of the brightness, but that can be fixed with some clever mic placements and EQ-ing.

Would the Samson CO3 make the top list as the ultimate budget recording studio microphone? I think so.

If I had to choose between the many condenser microphones at this price, I’d go for the Samson CO3.

The Samson CO3 would be a perfect condenser microphone for beginners in recording as it has a lot of options of miking and you could almost use the microphone in any recording situations in the studio, ultimately making it a great tool to learn and understand miking techniques.

It’s also pretty inexpensive for the sound you can get from it. Granted, you won’t be making Hollywood sounding recordings with it, but it will get you far as a start. Besides, with some clever editing & plugins, you can actually make the recording from the Samson CO3 sound really good.

Let me know what you think about the Samson CO3 studio condenser microphone in the comment section below as I’d love to hear your thoughts as well.