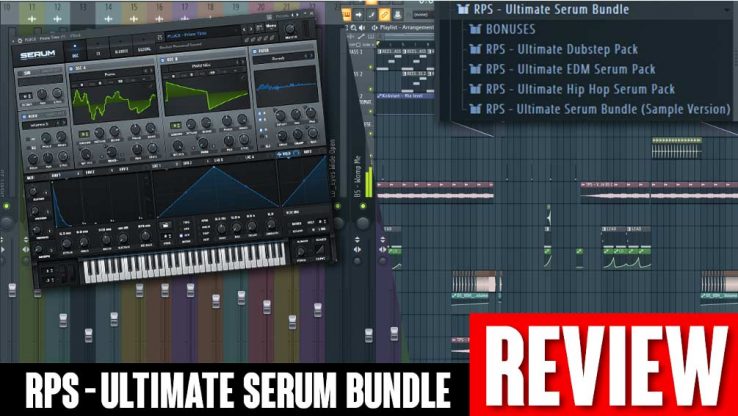 Do you also feel uncreative & uninspired to create a new music track sometimes? Maybe you feel your production quality to not be on the same level as the big music artist.

As a music producer, it can be hard to constantly come up with new ideas. However, as a creative – you must understand that even big-name music producers hit creative blocks as well.

The way out? Do enough bad work, and good ones will re-appear, as Seth Godin explains in The Practice.

Having different samples and presets laying around in your computer or studio can improve your creative workflow almost immediately. Rather than overusing a bunch of samples and having your tracks sound near the same, take a new creative route with a collection of fresh-sounding presets.

The Ultimate Serum Bundle ($37 ) by Rocket Power Sound is a huge preset pack with over 250 epic presets & wavetables that will help you to get more creative and make your music sound like a pro.

The 250+ Serum presets that come included works for various music genres such as Dubstep, EDM & Hip Hop. All in, you’ll get: 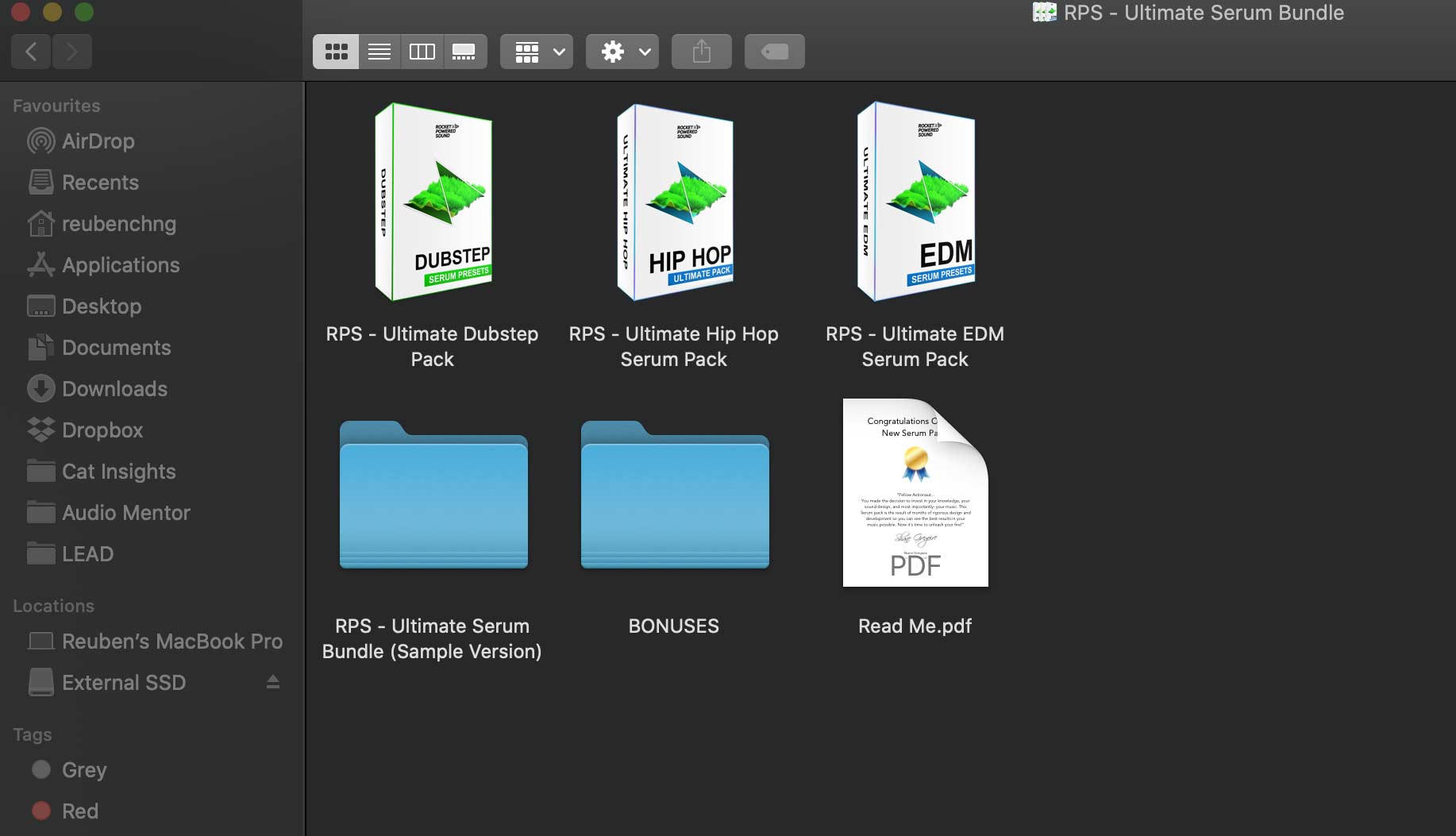 What’s in the Ultimate Serum Bundle by Rocket Powered Sound

The pack also includes wav. sample export from all the presets (in case you don’t have Serum or Vital VST installed), that you could drag and drop into any sampler in your DAW to play like an instrument.

Here’s a quick run-through of some of the presets from the Ultimate Serum Bundle:

Wait, what are wavetables?

Since Serum is a wavetable synthesizer and the bundle includes wavetables – I think it’s worth understanding what they are.

Wavetable synthesis is a type of sample-based synthesis, where each oscillator uses a recorded sound. Then through cycling through a wavetable using LFOs or envelope modulation, this movement gives the ‘morphing’ effect in the sound produced by the synth.

Wavetables isn’t a single sample. It’s a stack of individual waveforms or ‘frames’. Think of an oscillator that morphs from a square wave at one end, to a saw wave at the other – giving that textured, always evolving sound.

Unlike standard synths and samplers, wavetables play a different ‘morph’ sound every time you trigger a note, thus giving you that natural, yet varied sound. This adds interest to your sound, no other synths could do.

Some popular Wavetable synths include:

Alright – now that you know what wavetables are, let’s jump right back into the Serum Bundle.

How to install the Ultimate Serum Bundle by RPS

Installing the presets was quite easy.

Once you purchase and download the Serum Bundle (680MB large zip file), make sure to unpack the zip file to get access to the presets and bonuses.

Drag and drop the presets into your Serum preset directory.

For Windows users, it would be under Documents\Xfer\Serum Presets

And for Mac users, it would be under /Library/Audio/Xfer Records/Serum Presets 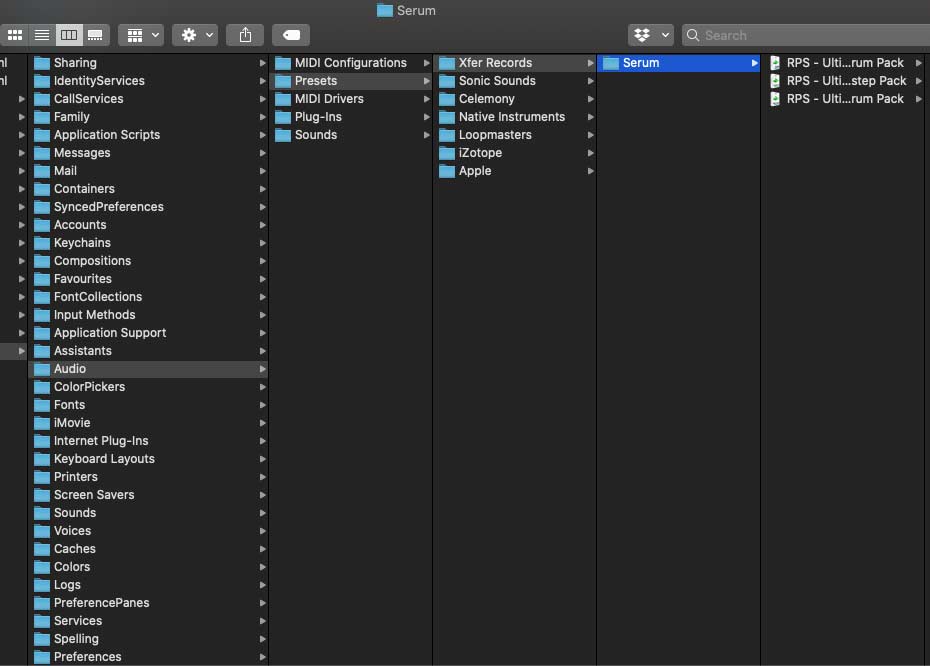 Then launch your DAW and bring up Serum. Use the Menu and click on ‘Rescan Folders on Disk’. Once you do that, you’ll be able to find all the presets under the presets menu.

What if I don’t have Serum?

Well, lucky for you, you’ll also get the VST presets in Vital VST format. All you need is a copy of Vital VST (it’s free), and you can use it with any of your favorite DAW such as Ableton, FL Studio, Logic Pro, Pro Tools, Reason, Cubase, Studio One, etc. 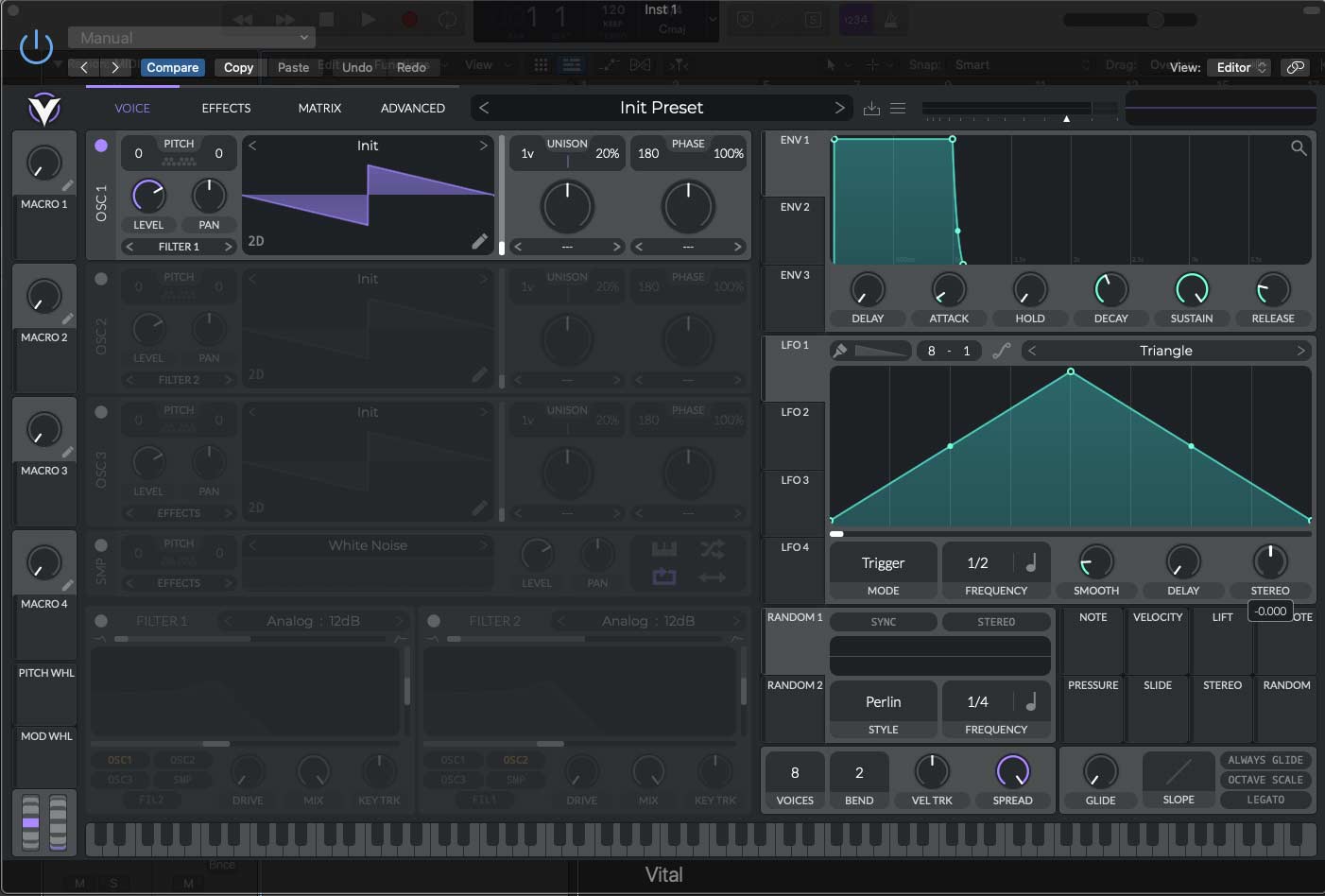 Vital VST is a free VST (with upgrade options)

Alternatively, the pack also includes wave sample versions of each preset, which you can drag and drop into any sampler (like Logic’s EXS24 or Native Instrument Kontakt) and play the sample as an instrument. Sure, you won’t be able to tweak it as much as you could on Serum VST – but still, it’s nice to have the wav. samples for quick sampling work.

What music can I produce with the presets?

Although the Serum presets are made for Hip-Hop, EDM, and dubstep, to be honest – you could produce any music genre with them. And since they are presets, you could tweak them to give it your own unique sound.

This is where the Ultimate Serum Bundle is useful because it contains so many high-quality presets. Other sample packs or presets that typically cost $20-40, usually only focus on one genre or style. Not to mention, they don’t include as many presets & wavetables as well.

You pretty much get a lot of sound varieties with this pack.

Listen to some short demo tracks produced by Niklas Long, using presets from the Ultimate Serum Pack in the video below:

Not sure if the Ultimate Serum Bundle is worth paying $37?

Lucky for you, Rocket Powered Sound is giving away 150+ free presets from the Ultimate Serum Bundle.

Just sign up to receive the presets in your inbox for free, and you can decide if you want to upgrade to get the complete set of presets and bonuses later on.

After trying the presets from the Ultimate Serum Bundle, I would say it’s worth buying. The presets sounds amazing and refreshingly current, giving you the extra edge to produce world-class sounding tracks.

I can see it helping many music producers with musical inspiration. Get your copy of the Ultimate Serum Bundle by Rocket Powered Sound for just $37 here. I’m told that the discount won’t be around forever, so take action fast.

I’ll leave you with some pros and cons, that I discovered with the Ultimate Serum Bundle 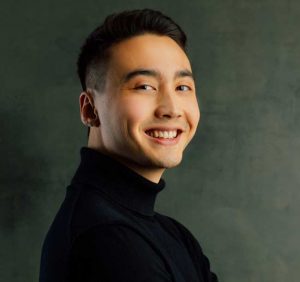 This post was contributed by Niklas Long, a DJ/producer and music production coach from Germany with over 1 million streams worldwide. Check out Niklas’s music and follow him on Instagram.