The reason? Analog devices add saturation, harmonic distortion, and compression to your sound. The constant shaping of the signal by the tube amps, pre-amps, compressors, and EQs, adds that certain magic to the sound – giving it that ‘warmth’ and ‘fatness’.

But what if you only produce music on a DAW and don’t have access to all these expensive analog gear?

Well, worry not because this is where saturation and ‘sound fattener’ plugins come in.

Over the past week, I’ve tried a new plugin called Thickify. It’s a saturation plugin with a super simple interface. Its main purpose? To make your sounds fatter and tracks more aggressive.

You probably have come across plugins like Sausage Fattener which does nearly the same thing. But Thickify wins with more controls, that enables you can sculpt your sound.

For the most part, the plugin worked great. Unlike effects like compressors, it didn’t require much thinking. Just put it on a track, start turning the knobs and you’ll hear your sound getting fatter. It’s that simple.

To put it to the full test, I arranged a small house-inspired track and began applying Thickify on the tracks. Watch my Thickify review video below:

Prefer to read? Let me detail my experience with Thickify.

The plugin works on major DAWs, on Windows and Mac. I installed it on my Mac, running Logic Pro. 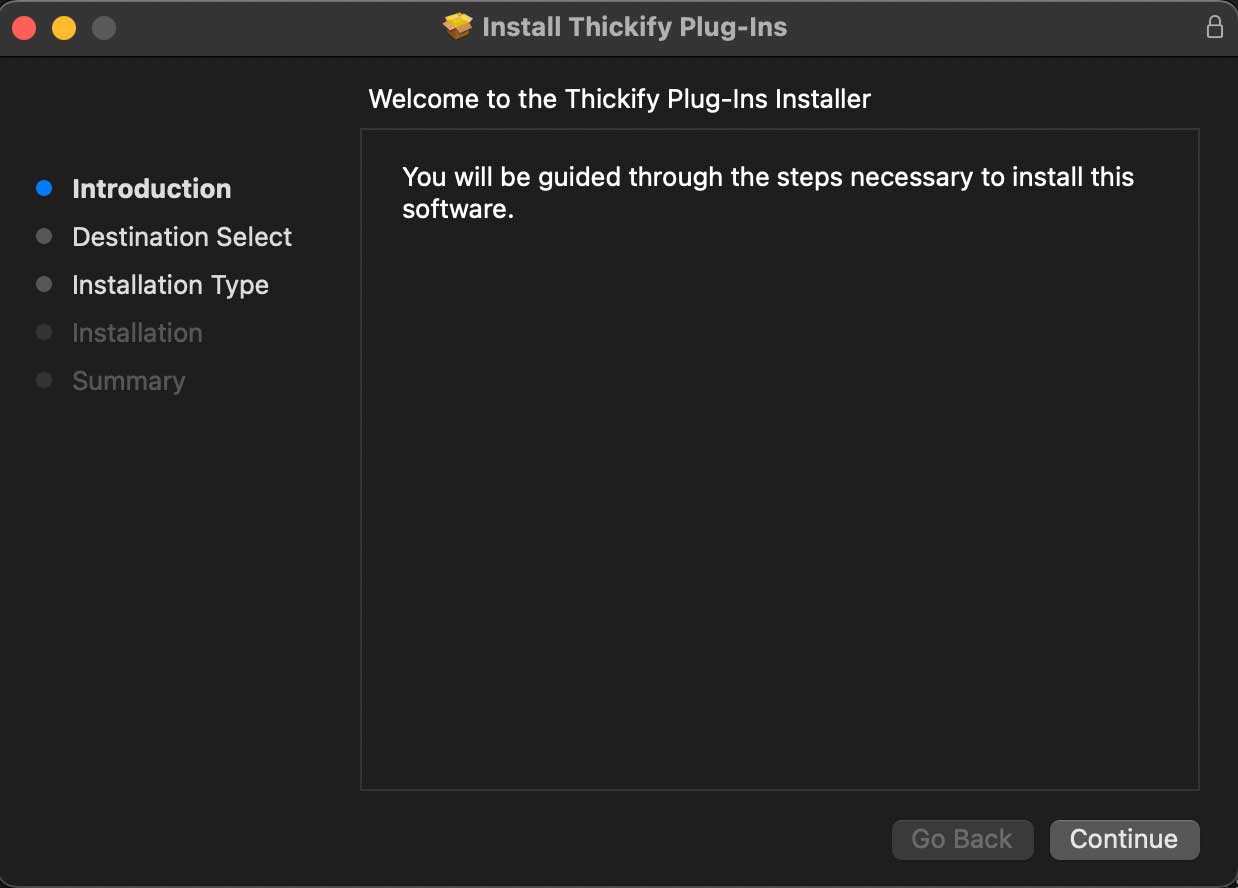 Once you finish the installation. Just make sure your DAW scans for new plugins, add Thickify and you’re good to go.

You can load up Thickify as an audio effect on an individual track, bus track, or even master track. The beauty of software plugins is we can break rules, so go crazy! 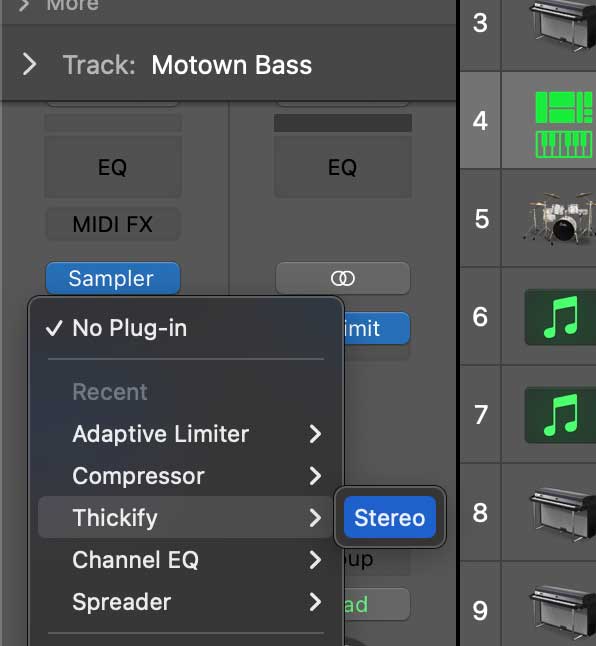 I could immediately hear Thickify’s effect. Simply put, it adds that ‘aggressiveness’ to your sound. The best use case for Thickify is to add it on top of tracks that needs more presence and bite, such as bass, drums, lead synths, and vocals. With saturation plugins like Thickify, you’ll get the best result by going easy with the amount of effect you dial in. Adding too much saturation can lead to an undesired opposite effect – causing the track to lose its punch.

The plugin is self-explanatory and is super simple to use. If you prefer visuals, there’s a character Johnny on the plugin – who gets more muscular (and angrier) as you dial in the effects.

How Thickify Works (What do the knobs do?)

Let’s dive deeper into the controls on Thickify.

Thickify makes your sound fatter by adding saturation (harmonics and slight distortion) to your track. This is why it works great on bass and mid-range sound. The extra harmonics help bring out the sound.

The thickness knob does this. The more you dial the knob, the more saturation gets added to your sound.

But be wary. I found that if you dial in too much ‘thickness’, your sound will start to become a little ‘boxy’. This leads us to the next control.

This is where Thickify really shines. Asides from just adding saturation, the tone slider allows you to control the frequency of harmonics that is processed by the thickness knob.

This is handy for tweaking the saturation’s tone, depending on the base frequency of your sound. For example, if you’re adding the effect to a mid-high frequency sound, you can adjust the tone slider higher to avoid audio artifacts.

This knob aggressively increases the input gain of your signal and specific harmonics, before equalizing it again. This creates a more aggressive sound, without introducing distortion to it.

I like to think of the stress knob as something you use when your sound lacks that bite.

This is useful for keeping the sound below the clipping point if you like to add more plugins after Thickify.

Apart from the self-explanatory bypass and auto-gain button, you’ll find two oversampling buttons labeled 2X and 4X. I found this feature too important to not explain, so here’s what they do.

Plugins like saturation, exciters, compressors, and limiters are effects that change the shape of the original waveform. This includes Thickify. Because they create new harmonic content, aliasing distortion potentially happens. In simple terms, it introduces sound artifacts. While some plugins allow aliasing distortion to happen, adding it to the sound, with the oversampling functions, Thickify allows us to remove these sound artifacts.

Oversampling is when the plugin processes the sound at a higher multiple of the project sample rate. This helps eliminate, or rather reduce the sound artifacts or unwanted distortion.

Obviously, using higher oversampling means pushing your CPU to work harder. However, Thickify seems to be quite CPU-efficient. I could still play back my track smoothly, even with a few instances of Thickify processing at 4X.

At this time of writing, Thickify is on offer for $39.

No surprise that Sausage Fattener also retails for $39. I could see how Rocket Powered Sound is trying to win over some customers, by offering bonuses and having more features on its plugin.

For USD39, I think it’s worth having. Technically, you could achieve near similar results by stacking multiple stock plugins in your DAW. But for the amount of time you’ll save, I think the Thickify comes in handy.

If you’re tight on cash though, skip this plugin. Learn how to make your sound fatter through creative audio production techniques. The reason I say this is because the plugin is more of a ‘nice-to-have’ than a ‘must-have’.

Now it’s your turn. Do you love the plugin? Let me know what you think in the comment section below.