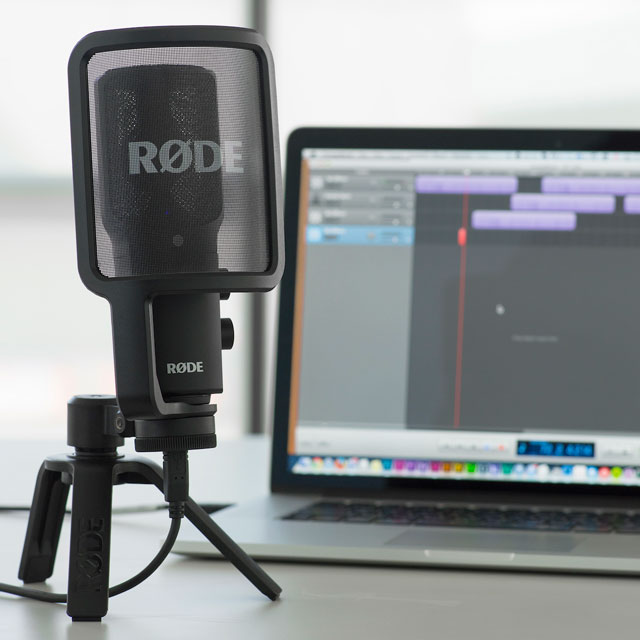 I generally thought USB microphones was a waste of money until I went into screencasting. USB microphones despite being only usable with a computer can be pretty handy when it comes to recording quick voice recordings.

Of course having a dedicated audio interface and an XLR microphone beats the purpose of having a USB microphone. However I found USB microphones to be really convenient whenever I needed to do some quick screen recording, without messing with the gains, phantom power, cables and what not. (Imagine having a Skype call or having to record a quick video tutorial). Plug the USB microphone to an unused USB slot on your computer and you’re ready to record on any software!

In this post I’ll feature 5 USB microphones which would be a great buy as of year 2015. However before I go into the top 5, I’d like to talk explain the pros & cons of owning a USB microphone.

A popular dynamic microphone is the Shure SM57 and an example of an inexpensive condenser microphone that  is the Audio Technica AT2035.

As you may see, the USB microphone would appeal to pod-casters, screen-casters and people who does not want to fumble with the technicals of setting up an XLR microphone. With that said however, USB microphones are still generally very useful, so here are the 5 best USB microphones that is on the market if you’re looking for one. 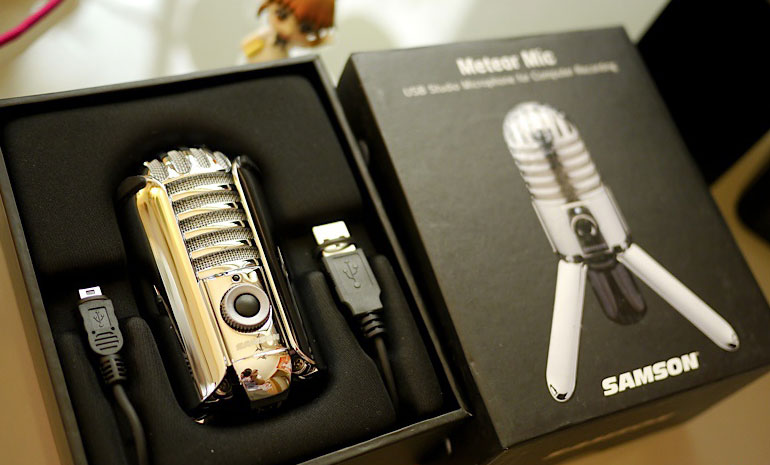 The Samson Meteor Mic was recommended on this list mainly because of 3 factors. Firstly, it’s really inexpensive. With such a low investment, you’ll be getting a condenser quality microphone that should record pretty fair sounding voice recordings and perhaps some acoustic instruments. Secondly, it’s really small. As I find myself traveling more and more, the Samson Meteor Mic is small enough to be put into the pocket of my jacket or jeans. I love how the legs of the microphone folds up nicely. Lastly, there is a monitoring knob and mute button on the microphone! This means you can control your monitoring level on the microphone itself. The mute button comes in handy when you need to quickly mute the microphone usually when in a Skype or Webinar call.

Oh, the Samson Meteor works with your iPad too. 🙂 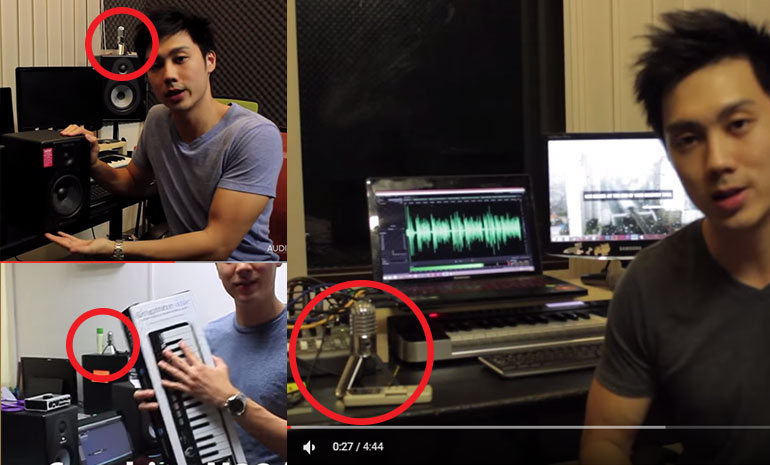 You bet I’m a fan of the inexpensive Samson Meteor. Scary to see it appearing in most of my videos!

Outs: Can sound inferior to other USB microphones.

A popular question I get a lot from readers is how does the Snowball compare to the Yeti? The Blue Snowball is about half the price of the Yeti. The major difference between them is the better sound quality you get on the Yeti. No doubt the Snowball does record quality sound, you’ll hear more depth and clarity on the Yeti when compared to the Snowball. Watch the video below to see a comparison in sound.

Sound comparison between the Snowball and Yeti by Bob Tobias

The Yeti also comes inbuilt with a 3 condenser capsules that allow you to record in many different scenarios. You can select the pickup pattern from cardiod, bidirectional, omnidirectional $ stereo.

This means with a single mic, you could possibly set up a podcasting show where you and another host sits opposite each other, speaking into the microphone. Or if you like, the omnidrectional pickup pattern would be amazing for small group recordings. You simply open up to more recording options with the various pickup patterns on the Blue Yeti.

Outs: Pop filter encouraged, some complaints on being too sensitive for podcasting & is really heavier than many USB microphones.

The Rode NT-USB is the most expensive choice among the list of USB microphones featured here but is indeed remarkable if you have the budget. Rode Microphones have a reputation in the industry for creating all types of different microphones for broadcasts and studio. When they launched the Rode NT USB Condenser, they didn’t disappoint.

The USB cable supplied by Rode is extremely long which is a good thinking by the manufacturers as some of us prefer to latch the microphone on a microphone stand or do a recording a little away from the computer. The microphone itself is a beauty while it comes with 2 very useful knobs to control both level and mix monitoring levels for the headphones. Monitoring is very important and with the different levels, you can do a great soundcheck on your headphones making sure your levels are right before you hit record. Rode even went a step further in providing a nice pop filter that latches nicely on the microphone.

Sound-wise? It’s probably one of best USB microphones I’ve heard. Extremely quiet and good, your listeners wouldn’t even know that you’re really just using a USB microphone. Perhaps the only thing that is negative about the microphone is its stand which can be a little non-sturdy.

Outs: None. Other than it being a USB microphone. 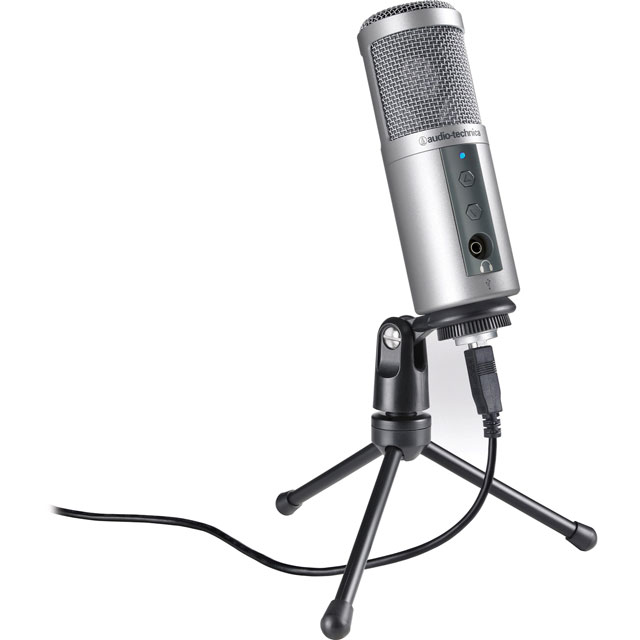 The condenser microphone on the ATR2500 is excellent and is good for first time podcasters or beginners. The microphone is pretty sensitive and it records quite a bit of the background and environmental noise. However, it’s fair to throw in some slack for its given price.

Outs: Cheap build, non-sturdy stand and probably won’t use it to do serious instrument recordings. 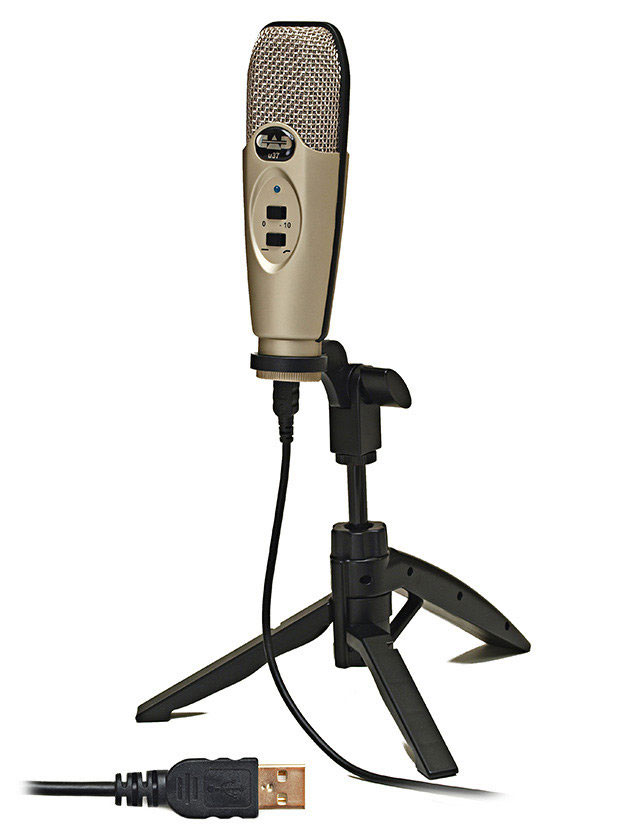 The CAD U37 may look a little off fashion to some but it does what it does at a very affordable price. The CAD is very popular due to its low entry price in the market.

There is no direct monitoring on the microphone, however, there is a nice low-cut switch on the microphone. This means you’ll be able to reduce the low rumble that is coming from your A/C or computer by using the low cut switch, EQ-ing the low frequencies off your recordings. The microphone has a really high gain, which explains why it also comes with a 10dB overload protection switch that minimize clipping or distortion that occurs when your sound source is too loud. This can be very handy if you happen to record loud-sounding instruments like trumpets or drums. However, I would recommend using this microphone for mainly voice recording only as I didn’t manage to achieve very good instrumental recordings on the CAD U37.

Background noise rejection is good on the CAD U37 where you don’t have to worry about having the background noise being recorded into your recordings. The complains about the CAD is on the built itself where it can look a bit plasticky and cheap.

Outs: Looks cheap. Not so good for instrument recordings.

At the end of the day, a USB microphone is merely a tool. And chances are, you won’t go wrong with any of the ones listed above. Just make sure to avoid ‘brandless’, too-good-to-be-true cheap microphones.

Which USB microphone are you rocking on in your studio? Would you like me to review and add them to this list? Let me know in the comment below.