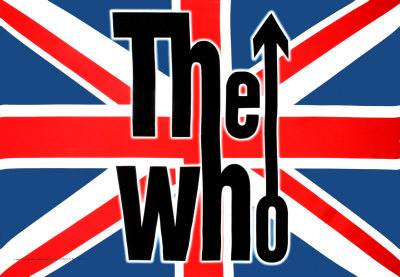 Hello fine people and welcome to another edition of Today In Music, as usual we’ll be discussing a few events that have made today relevant in music history. In case it’s your birthday to day congratulations, you’ll be celebrating today with Steve Lukather (born in 1957), a prolific session musician who recorded guitar tracks for more than 1,500 albums and is also known for his work with the band Toto.

In 1976, when Lukather was nineteen years old, he was invited by his high school friends David Paich and the Porcaro brothers Steve and Jeff to join them in forming their band, Toto. He has been a member of the band ever since it began, and is still fully contributing to their album composition and touring. Lukather’s reputation as a guitarist and his association with Paich and Jeff Porcaro, who also became established artists, allowed him to secure a solid flow of session work in the 1970s and 1980s. Lukather has been nominated for twelve Grammy Awards, and has won five. While his work with Toto was predominantly based on pop rock music and his solo work ventures into progressive rock and hard rock, many of Lukather’s side-projects are focused on jazz fusion. He held a long-time collaboration with jazz guitarist Larry Carlton that produced a Grammy-winning live album, and he was a member of the jazz fusion band Los Lobotomys, a collaboration of notable session musicians.

Influenced by such blues-rock guitarists as Jimi Hendrix and Jimmy Page, and such jazz fusion players as Al Di Meola and Frank Gambale, Lukather is known for a “melodic and intense” playing style. He is also recognized for his efficiency in the studio, often recording tracks in one take using minimal sound processing. While he once used many guitar effects in the studio and on stage, he now frequently disparages such practice, and instead advocates clean tones and minimal studio processing. Lukather plays primarily a signature electric guitar manufactured by Ernie Ball Music Man bearing his nickname, Luke. He also plays Yamaha and Ovation Adamas series acoustic–electric guitars.

On a sadder note, Keith Moon played his final tour date with the Who on Thursday, October 21st, 1976 at the Maple Leaf Gardens in Toronto, Canada. It was the final date on the band’s 1976 tour. Within two years, Moon would be found dead from an overdose of Heminevrin, a sedative used to combat his alcoholism. Though Moon would perform with the Who in a couple special gigs filmed for use in the documentary, ‘The Kids Are Alright,’ this would be his last official Who date.

After tours spotlighting mammoth works like ‘Tommy’ and ‘Quadrophenia,’ the 1976 trek was more of a back to basics jaunt and by most accounts, a truly rocking round of shows. The tour, however, was not without its share of incidents. The band crossed the U.K. and Europe before heading to the U.S. By the time the tour made it to the States, Moon had become ill, forcing the rescheduling of the opening date. Despite such drama, the band were still capable of the firepower that made them so great, as live recordings from that tour confirm.

Moon embodied the spectacle and glory that made the Who such an amazing live act. In the early days, he and Pete Townshend would often try and one up each others stage antics. Townshend stated in the 1979 documentary ‘The Kids Are Alright,’ “As soon as I started smashing something up, Keith, who’s a great sort of joiner-inner used to smash up his drum kit!”

“A lot of people really, really, really, have never understood how important Keith’s drumming style was to the Who,” said Roger Daltrey in the ‘Classic Albums – Who’s Next’ DVD. “I kind of describe it as, if you imagine Pete and John as two knitting needles, and Keith was the ball of wool. He would kind of keep it all together.” Townshend humorously added, “Keith Moon’s drumming was an expression of his personality and his ego and his grandiosity and his ridiculousness and his theatricality and his sense of humor.”

That about rounds up a few of the events that have happened today in music, I hope you guys have enjoyed the read and rock on!