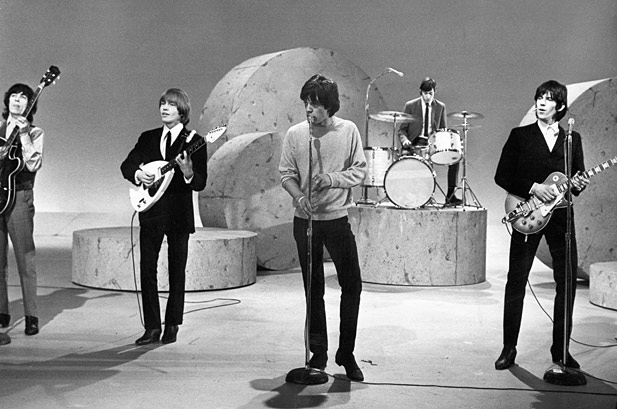 In the summer of 1964, The Rolling Stones had been gaining momentum in the UK with their hard driving, blues sound and had cultivated a devoted following among the new youth-oriented scene known as “Swinging London.”  With their popularity growing in their home country, The Stones set off across the Atlantic to embark on a US tour. Upon their arrival, it seemed word about the band hadn’t made it out of London yet and as Stones bassist Bill Wyman put it, “[It was] a disaster. When we arrived, we didn’t have a hit record or anything going for us.”

However just a few months later, following the release of their second US album “12 X 5,” record sales for the band started to pick up and their single “Time Is On My Side” reached #6 on the US charts. With their popularity starting to grow in the United States, The Rolling Stones took a page from the Beatles book and were scheduled on The Ed Sullivan Show.  The Stones’ manager responsible for the booking, Andrew Loog Oldham, had previously worked as a publicist for The Beatles and understood the power of The Ed Sullivan Show and the impact the band’s appearance would have on record sales.

On the evening of October 25, 1964, Mick, Keith, Brian, Bill and Charlie awaited their time backstage, taking in some of the eclectic performances that made up a Sullivan variety hour, including the husband wife comedy duo of Stiller and Meara and a sensational nineteen year old Israeli violinist named Itzhak Perlman.  Then, about halfway through the show Ed Sullivan introduced The Rolling Stones to an audience of raucous, screaming fans.   As the curtain lifted, the shaggy-haired band mates stepped into their places and dove right into the Chuck Berry blues classic, “Around & Around.” A young Mick Jagger, flanked by the innocent looking pair of Keith Richards and Brian Jones, did his best to sing over screams from the audience as he wriggled around the stage.  Right as the song ended, the curtain dropped over the band to the dismay of all of the teenage girls watching in living rooms across the nation.

As Ed went on to introduce the next act, the shrieks for The Rolling Stones wouldn’t subside.  The host grew impatient and appeared like an angry father as he demanded the audience to “Quiet!” multiple times.  The audience eventually complied and then tried to remain on their best behavior as they awaited the Stones return through the acts of The Kim Sisters and the acrobatic Berosini family.

The Rolling Stones were back to close the evening’s show with their hit, “Time Is on My Side.” The boys ran right to their spots on stage and rumbled through the hit song as Mick knowingly drove the audience wild with engaging looks.  He seemed to be coming of age in front of the audience’s eyes, fully understanding the power this platform could give him.  At the end of the performance, Ed made the mistake of encouraging the audience saying, “Come on, let them hear it!” The young crowd accepted the host’s challenge and ended up screaming so loud that Ed’s short conversation with Mick Jagger was completely inaudible.

That evening’s show brought The Rolling Stones national attention – both good and bad.  The appearance helped generate over a million dollars in ticket sales for the band’s fall concert tour, but also brought the ire of conservative adults who didn’t care for the band’s unkempt appearance.  One of the many Western Union telegrams received by the show the following week read, “Should be ashamed of yourself putting on such trash as The Rolling Stones. A Disappointed Viewer” One thing was for sure – The Rolling Stones had finally captured the attention of the American audience.

Despite the controversy, The Rolling Stones returned to Sullivan stage the following spring and eventually went on to make 6 epic appearances on the show throughout the end of the decade.   These appearances showcased many of the band’s best-known hits including “Satisfaction,” “Gimme Shelter,” “Paint It, Black,” “Let’s Spend The Night (Some Time) Together,” “Time Is On My Side,” “Honky Tonk Women,” and countless others.

Now for the first time in history, you can own all of these Stones’ performances and the full Sullivan episodes the band appeared on, with the November 1st release of the collector’s edition The Ed Sullivan Show Starring The Rolling Stones.  The DVD collection also features never before seen rare documents and photos.