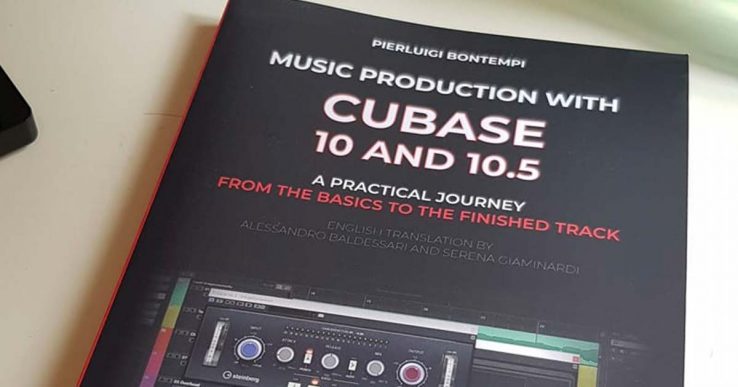 Want to master music production with Cubase? Read this book.

Whether you’re a beginner trying to learn Cubase or composer trying to get your knots together with Cubase, ditch the manual and get this book. 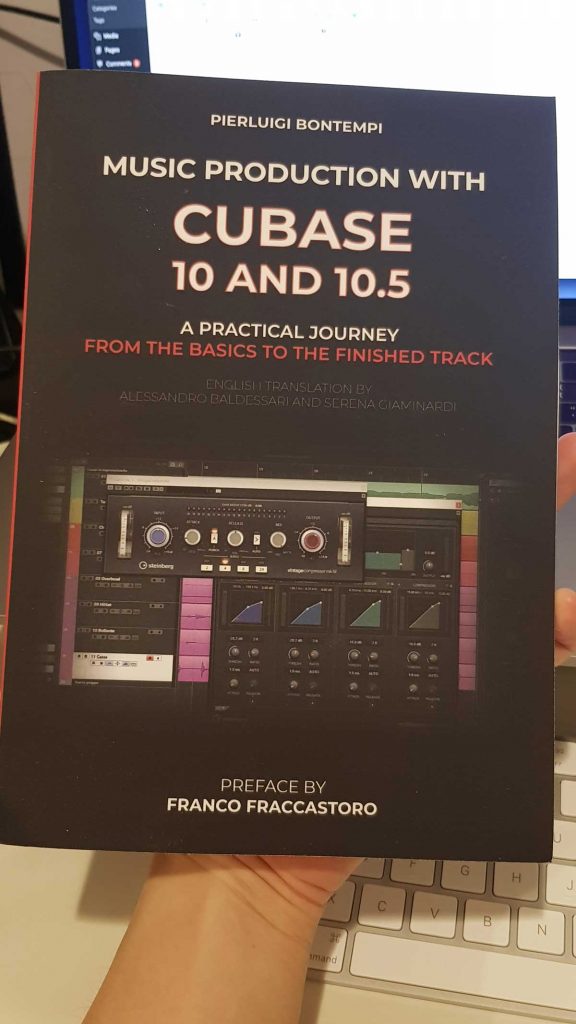 If you watched the Cubase’s very own quick start video series as an amateur composer or producer, you’ll get lost quite quickly. Why? That’s the videos assume that you’ve used a DAW before and know every terminology of a DAW (Digital Audio Workstation).

What’s an insert or bus? Multitrack and quantization. What? 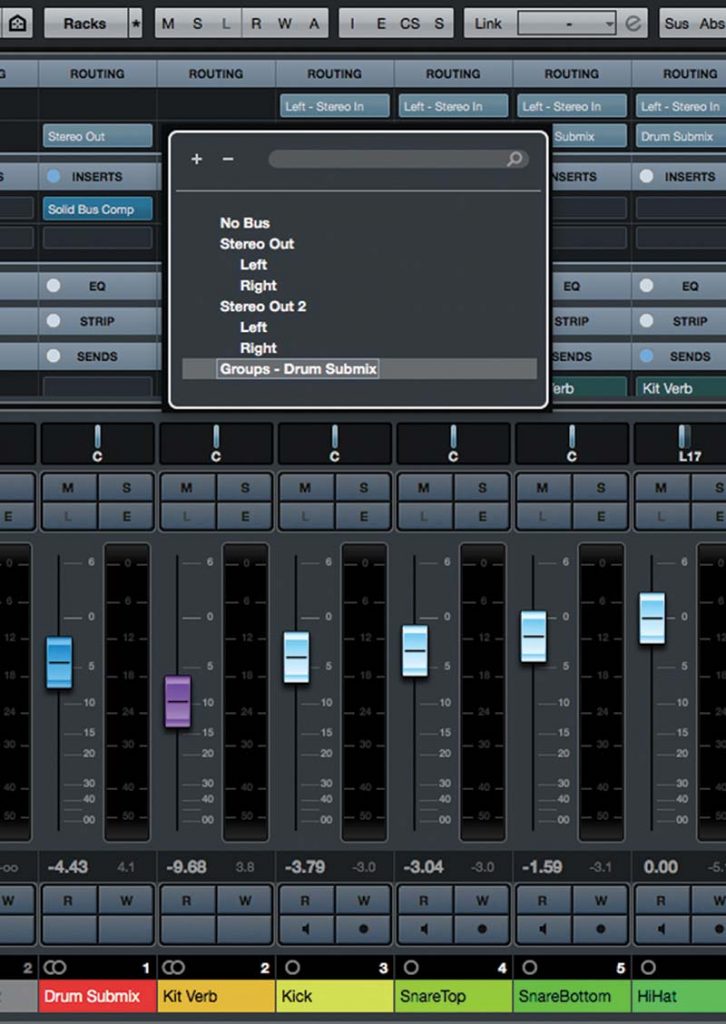 This is where Music Production with Cubase comes in. It’s a book (available as a physical book or digital version) written by Pierluigi Bontempi, a Steinberg certified trainer and technical officer at the University of Pavia in Italy.

Many other books skip explaining this – which I thought was important, because for example – knowing how analog audio gets converted into digital audio, and the ways to preserve the quality of your sound is probably going to be valuable to you as a music producer.

Upon imparting music production fundamentals to readers, Pierluigi then goes into the software bit, where you’ll be guided (step-by-step), from installing Cubase on your computer to connecting to your audio interface, setting up input tracks and recording.

Golden nuggets on every turn.

One of the best parts which added to my reading experience, even as someone who has used Cubase before is the many tips found scattered in the book.

Take a look at one of them below: 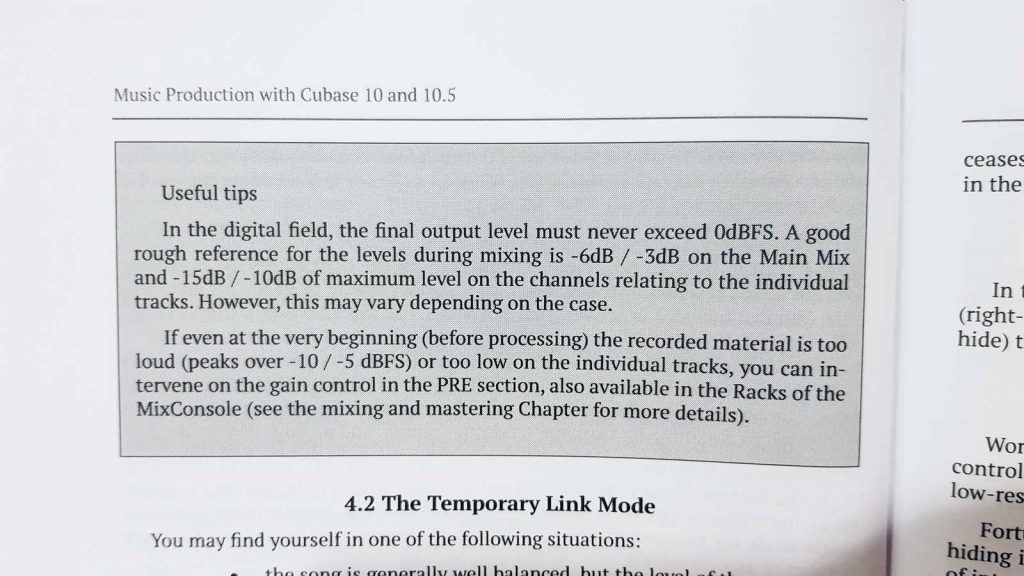 How many times have you seen a newbie in music production cranking their tracks gains to over 0dB? Music production tips like this are really useful especially if you new to mixing and producing music.

Even when I already know many of the tips – many of them were particularly refreshing and would worth gold for the aspiring music producer.

Getting your production fundamentals right.

One of my favorite chapters in the book was about understanding audio effects, where Pierluigi explains using audio effects including the difference between an insert, send, and channel strip – including how they work in Cubase.

Most amateur music composers and producers these days start of producing music on their computer as opposed to using an analog mixing console. And this is exactly where most of them need help on, as the way effects are used in a DAW like Cubase, is a virtual representation of its analog counterparts.

Pierluigi also expertly explains how to use the most common effects, such as compressors, equalizers, and reverbs – something that many beginners don’t take time to understand.

Moving into recording, mixing, and mastering.

After getting the fundamentals nailed, the book then goes into setting up for recording with audio and MIDI in Cubase.

Again, you’ll find useful recording techniques in Cubase, such as using recording lanes and the comp tool to choose the best parts of multiple recording takes, a feature that you might otherwise miss out in Cubase.

And with you nailing your audio and MIDI recordings – the few remaining chapters in the book explain ways to polish your recording with editing, mixing, and mastering your track. While the book doesn’t go over advanced mixing and mastering techniques such as bus track summing or using parallel compression, it does do a good job of explaining the steps for you to produce a commercial ready sounding track.

And of course, just reading isn’t enough. To add on to the experience and understanding, you get to download the multitrack files that Pierluigi and practice with it by loading it into your Cubase DAW. 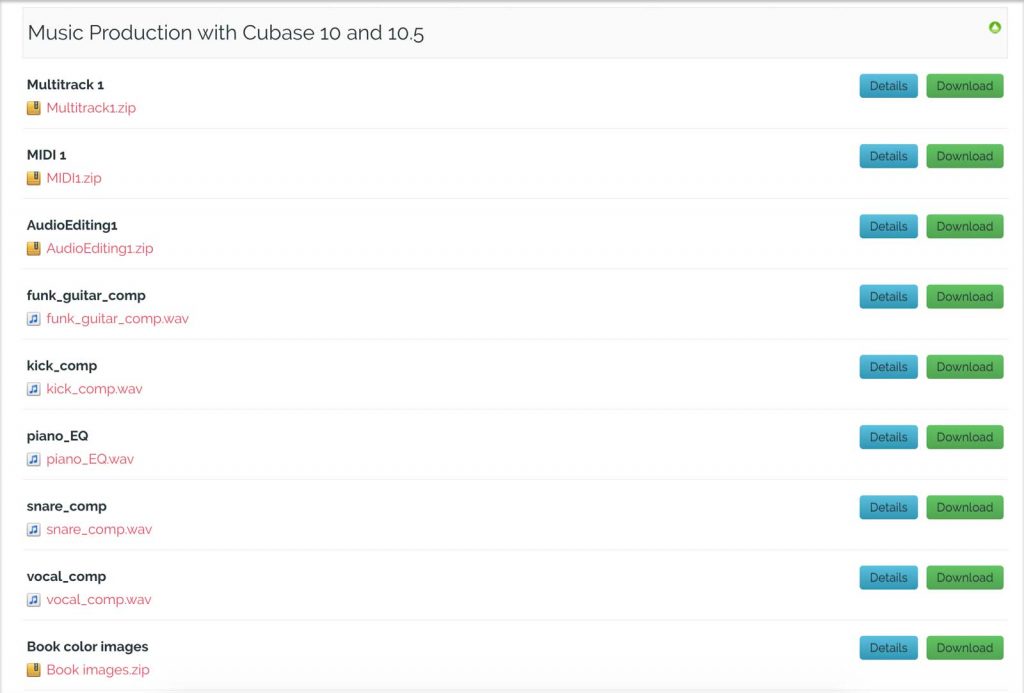 And my favorite part of the book is in fact in the appendix – where you’ll find lessons on music production and audio engineering. Which may look like nothing much, except it is quite useful to know if you want to produce better music.

Take a look at the example below about sound waves. 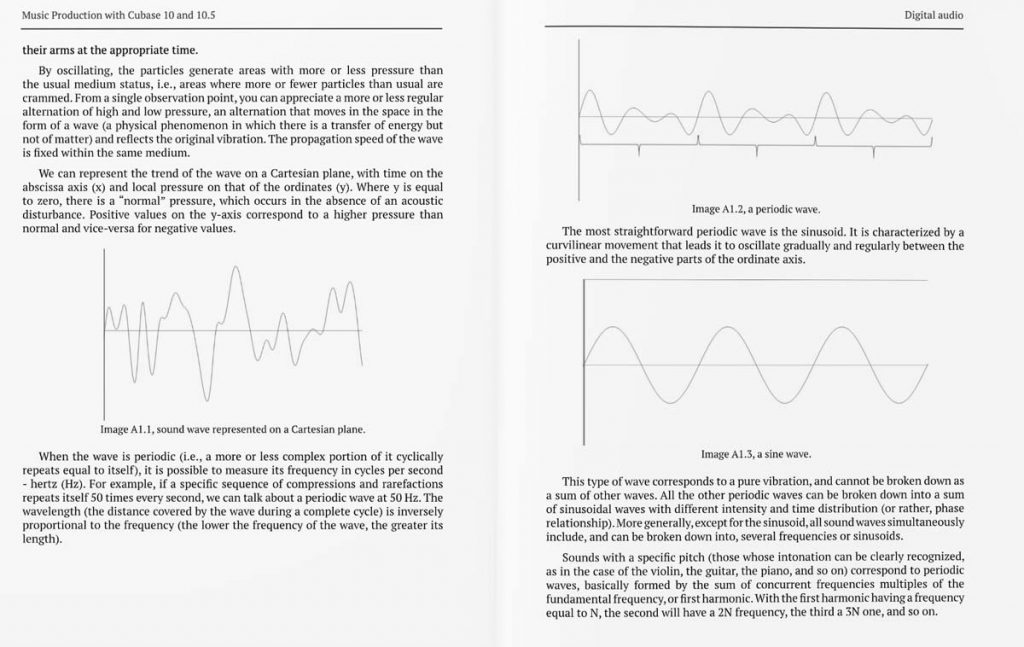 A practical journey from the basics to the finished track

Here’s are my thoughts upon finishing the book.

“It may not be the ‘most complete’ Cubase book. But it’s the best one I’ve read in helping an amateur music producer get started with Cubase and pointing every step needed to complete a finished commercial-ready track”

As someone who has produced music a while, the book has given me good refreshers on some concepts and also showed me some tricks on Cubase that I’ve not used before.

Get Music Production with Cubase 10 & 10.5 on Amazon or learn more about it on Pierluigi’s website.